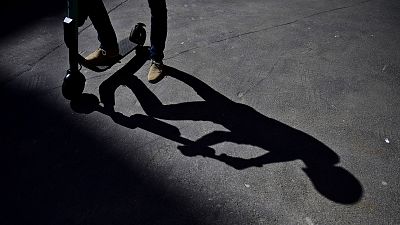 TOPSHOT - A man rides an E-Scooter of rental company Tier in Berlin on April 17, 2019. - German ministers agreed rules for using battery-powered scooters on the country's roads, paving the way for the two-wheeled craze to spread further across Europe. (Ph   -   Copyright  TOBIAS SCHWARZ AFP/Getty Images
By Scott Stump  with TODAY Health and Wellness  •  Updated: 30/08/2019

Alcohol has become a major factor in rising electric scooter-related injuries as the popular motorized rides proliferate across in cities across the country.

A new study published Thursday in Trauma Surgery & Acute Care Open found that out of 103 patients treated at three trauma centres for e-scooter-related injuries, 79% were tested for alcohol and 48% of that group was found to have a blood-alcohol level of more than 0.08, which is the legal limit for drivers in most states.

It's not just alcohol that has impaired scooter users and led to injuries. Sixty per cent of the 103 patients in the study were also screened for drugs, and 52% of them tested positive.

Some cities have already taken action to curb alcohol use and e-scooters. A 28-year-old man was prosecuted for driving under the influence in September 2018 after he struck a pedestrian while operating a Bird scooter in Los Angeles.

Experts and doctors across the country have also stressed the importance of wearing a helmet while on an e-scooter, but it doesn't appear to be reaching most riders.

The new study, which involves patients who were treated between Sept. 1, 2017 and Oct. 31, 2018, found that 98% of those injured were not wearing a helmet at the time of the accident.

The increase in accidents has also prompted lawmakers to take a look at proper use of scooters. New Jersey passed a bill earlier this year that regulates scooters like bicycles, requiring helmets to be used by anyone under 17.

A Rutgers University study released in June found the number of nationwide injuries involving e-scooters climbed from 2,325 in 2008 to 6,957 in 2018, and 66% of those treated were not wearing helmets.

The issue of e-scooter safety was spotlighted last month when YouTube star Emily Hartridge, 35, died in a scooter accident in London after colliding with a truck.

A government official met with scooter-sharing companies Lime, Bird and B Mobility about informing riders that e-scooters are not legal on public roads in the UK.

"That's why every day we're innovating on technology, infrastructure and education to set the standard for micromobility safety," a spokesperson for Lime told TODAY in June. "We appreciate the attention on this very important issue, and we look forward to continue working with the industry, medical community and regulators to create a meaningful ecosystem for this new and evolving technology."

The average age of the patients was 37.1, and more than half (51%) had "significant injuries," including intracranial haemorrhage and fractures requiring surgery.

Those findings echoed those of a Centers for Disease Control and Prevention study released in May that 45% of accident-related injuries on e-scooters were head injuries.

The authors noted, however, that the sample size was fairly small and did not include patients who may have had more minor injuries and were quickly discharged or treated at an urgent care facility and not hospitalized.

Cities are also trying to determine where to allow scooter use. The dockless scooters are often used in densely-populated areas where services like Uber and Lyft aren't as effective because of bumper-to-bumper traffic.

The Denver City Council voted earlier this week to ban them from sidewalks in the city, only allowing riders to use the street or bike lanes, according to NBC affiliate KUSA.