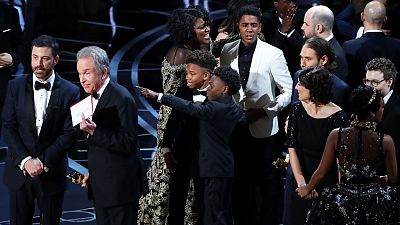 “Is that the craziest Oscar moment of all time? Cool! It’s going to be history.”

That’s how actress Emma Stone summed up the gaff that led to ‘La La Land’ being told it had won Best Film only for a mix up with the envelopes to lead to the Oscar being awarded to ‘Moonlight’.

It was “Moonlight” that actually won #BestPicture in a wild ending at the #Oscars: https://t.co/wep26rYY97pic.twitter.com/HDfWQz3m1e

The the low-budget independent production is a haunting film which looks at the three defining chapters in the life of a poor African-American kid growing up without a father in the primarily black Liberty City neighbourhood of Miami.

His epic journey to manhood is guided by the kindness, support and love of the community that helps raise him. Barry Jenkins directed the movie.

“Clearly enough members of the Academy saw themselves in this film to award it Best Picture. You know that’s very heartening because this character’s normally marginalised.And so I think the Academy has chosen to centre these characters in the story as a statement that there are many different Americas and that they are all valid.”

There was a gong too for Emma Stone as Best Actress while the movie also won Best Cinematography and Best Original Music Score.

‘La La Land’ is a movie of dreams set in a city known for destroying hopes and breaking hearts. The grittier ‘Manchester by the Sea’ provided the Best Actor in Casey Affleck.

He plays Lee Chandler who gets a call summoning him to his hometown. He’s been named guardian to his 16-year-old nephew. The move re-opens an unspeakable tragedy.

The Oscar for the Best Foreign Film went to ‘The Salesman’ directed by Iranian Asghar Farhadi. He boycotted the ceremony because of President Donald Trump’s immigration policy instead, in his absence his acceptance speech in the form of a letter was read by Anousheh Ansari.

“ I’m sorry I’m not with you tonight. My absence is out of respect for the people of my country and those of other six nations whom have been disrespected by the inhumane law that bans entry of immigrants to the U.S.

‘Dividing the world into the us and our enemies categories creates fear. A deceitful justification for aggression and war. These wars prevent democracy and human rights in countries which have themselves been victims of aggression.

‘Filmmakers can turn their cameras to capture shared human qualities and break stereotypes of various nationalities and religions. They create empathy between us and others. An empathy which we need today more than ever. Thank you on behalf of Mr. Farhadi.”

The film tells the story of a young couple whose personal relationship suffers after they move into an apartment that was previously occupied by a prostitute who hosted clients there.

It is the director’s second Oscar. 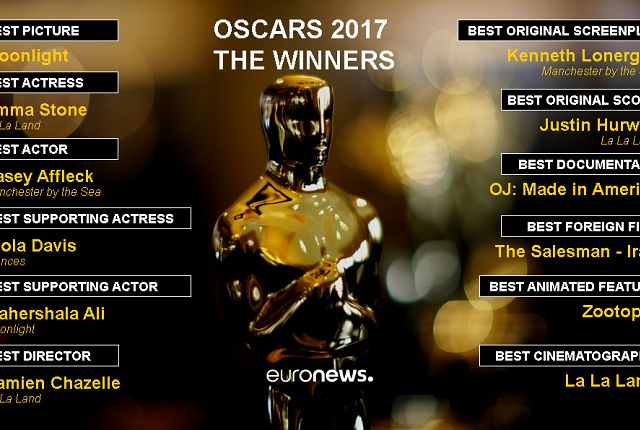