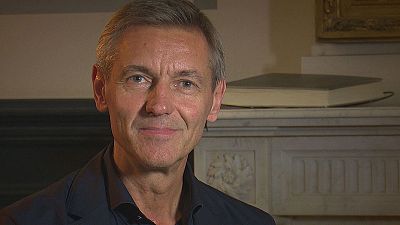 The notion of ‘Poliphony’ is what underscores this initiative from one of the worlds premiere orchestras. It involves a collaborative voyage with Europe’s youth orchestras. The project recently debuted in Ireland and Slovenia.

The Poliphony of European culture

RCO’s Managing Director, Jan Raes gave Euronews a taster of what the project is all about. He said: “How proud we are of polyphony in Europe: we play all this music from Bach and Mozart to modern music, but all these composers and these scores are children of this European interaction, this polyphony. Of course we have a lot of complaints about Europe, and Brussels… I think it’s time we made a statement: let’s play in the 28 countries of the European Union!”

Raes went on to say : “Each time bringing youth orchestras side by side with our experienced colleagues, rehearsing together, giving master classes, coaching and stimulating interaction; thinking and reflecting on how rich this interaction has been, for centuries, and the influence all these different cultures have had. It’s not always a problem, it’s a chance to meet the Other.”

Shoulder to shoulder with the world’s best

We also wanted to find out what the Orchestra’s new Chief Conductor had to say so Euronews spoke to the Milanese Maestro himself, Danielle Gatti:

“This project is called “The RCO Meets Europe”, and it gives young musicians from all the nations we visit the opportunity to perform the first piece on the programme with the Concertgebouw* Orchestra.”

Gatti then elaborated revealing: “I see it as a sign of great generosity on the part of my musicians because it gives young people, from different backgrounds, with different musical training, the chance to play on stage with us. For me the most important thing was to see my orchestra’s musicians arriving early, sitting next to those youngsters, helping them through the more difficult passages, and then playing all together.”

“I think the arts are important, it brings people together, and I think it’s great to recognise emotions, and to recognise the emotions of others. For me…it brings quietness, and it says what’s really important in life, and that’s not the same every day, it’s a sort of a way of making connections between important things which are beyond words and beyond daily life.”