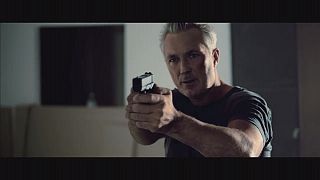 In “Age of Kill” Martin Kemp plays Sam a father who is forced to go on a killing spree in order to protect his kidnapped daughter.

For Kemp, who is best known as the bassist in the 80’s new wave band Spandau Ballet it is a return to movie action in this thriller. He’s delighted to get back to work in the movies a thing of the heart he says.

“You know, I do a lot of stuff and I play with the band and I do a lot of presenting, but in my heart what I really wanted to do was to get back into some acting and this seemed like a great project,” he admitted.

Violence bubbles through this British film directed by Neil Jones. Perhaps it should be no surprise to find Martin Kemp playing a role like this. He is often seen in action films most famously the violent screen memoir of the life of the Kray twins – ‘The Krays’.