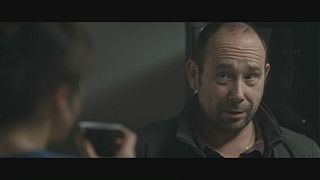 It tells the story of Franck a former trade unionist and benefit claimant who finds work as a security guard in a faceless supermarket.

Crushingly dull nights, melt into nights without hope in the nondescript Parisian suburb.

Franck is played by Olivier Gourmet alongside Valerie Bonneton, both accomplished comedy actors who excel in the roles of outsiders.

Olivier Gourmet continues to struggle for workers rights. The opening part of the film focuses on the drudgery and despair of his daily life, the second half of the movie develops into a thriller.

On the road to redemption the supermarket security guard has not said his last word on the injustice in this world.

Enjoy the movie and have a good week.