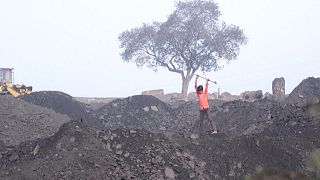 Thick grey dust hangs in the air and vast chasms are gouged into the land in the Indian coal hub of Singrauli, where giant machines scoop up dirty fuel to power the country's growth while worsening its pollution blight.

The open-cast mines of Singrauli epitomise the economic and environmental dilemma faced by the world's second-most populous nation, which led the opposition to phasing out coal at this month's COP26 climate summit in Glasgow.

India's resistance on the issue is driven by its desire to distribute the benefits of development more widely among its 1.3 billion people, some of whom still have no access to electricity.