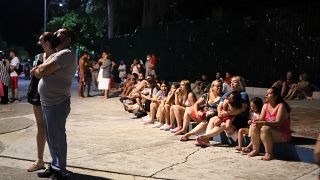 A powerful earthquake struck near the Pacific resort city of Acapulco on Tuesday night, causing buildings to rock and sway in Mexico City nearly 200 miles away, but officials said there were no reports of serious damage or injuries.

The epicentre was 11 kilometres south-west of Acapulco in the southern state of Guerrero and the quake struck at a depth of around 10 kilometres.

It was also felt in Mexico City some 300 kilometres away, causing power outages in many parts of the city.

The entire west coast of the American continent is on the so-called Pacific Ring of Fire, which is known for seismic activity.