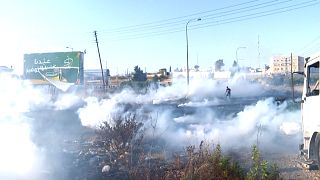 Thousands of displaced Gazans started returning to their homes to check for damage on Friday, while Israelis returned to normal life, as a ceasefire appeared to take hold after 11 days of deadly fighting.

But in Jerusalem, Israeli police cracked down on stone-throwing protesters at a the highly sensitive Al-Aqsa mosque compound, two weeks after similar clashes sparked the conflict's worst escalation in years. Israeli forces beat an AFP photographer who was covering the unrest there.

Clashes also broke out in several other parts of Israeli-occupied east Jerusalem, and at the crossing point between Jerusalem and the West Bank, Israeli police said, adding that hundreds of officers and border guards had been mobilised.