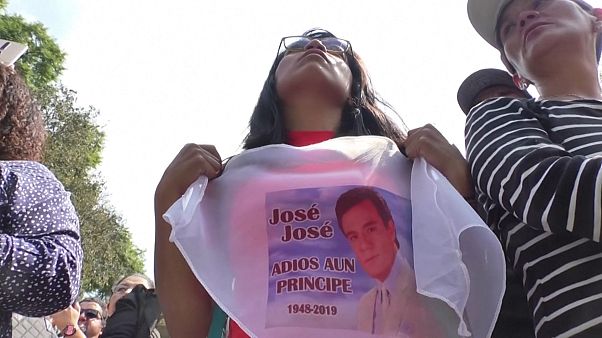 People gathered in Mexico City to pay tribute to their beloved native crooner Jose Jose in the best way they knew how — by singing along to his ballads.

Jose Jose, whose powerful, romantic ballads captivated Latin America for more than half a century, died on Saturday (September 28).

Jose Jose received several Grammy nominations, sold more than 250 million albums and was once courted by music legend Frank Sinatra, who wanted to win him for his own label.

He is often considered Mexico's most successful singer and was also an occasional actor.