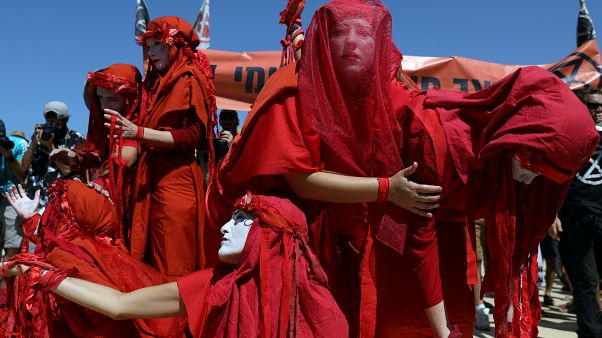 Hundreds of young Israelis gathered in Tel Aviv on Friday (September 27) demanding their government address the issue of climate change.

Thunberg rose to global prominence last year by taking time off school to demonstrate outside Swedish parliament about the lack of action to combat climate change.

Inspired by her weekly protest, millions of young people protested around the globe last Friday (September 20) to put pressure on governments to act.