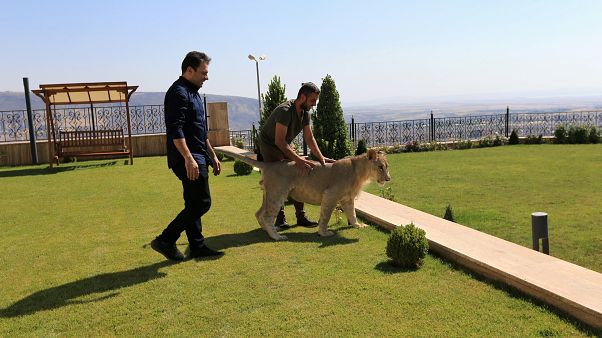 Leo the pet lion: a local celebrity in Iraq's Dohuk

Blend Mamoon turns heads when he roams the streets of the city of Dohuk with his pet, a year-old lion who came into Mamoon's care when he was just a 20-day-old cub.

As a member of the Kurdish-American organisation to protect animals, Mamoon loves to save animals but saving the lion was his first involvement with wildlife.

The young cub needed treatment, which Mamoon provided for him after finding the animal in a local zoo owned by one of his friends.

Today, the lion spends time resting in Mamoon's garden and playing there, much like a pet dog would.