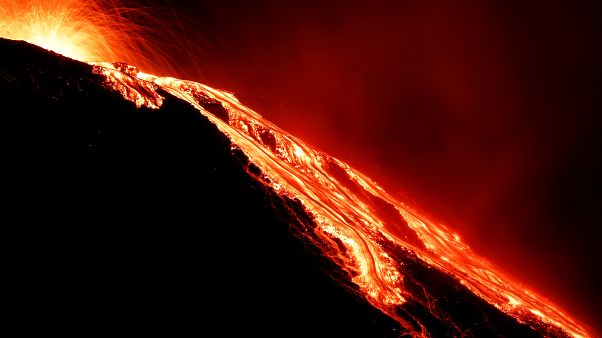 Eruption from Stromboli volcano lights up the island's sky

The eruption of Stromboli's volcano continued in the early hours of Friday (August 30), as life on the small Sicilian island continued as normal.

Because of the explosion, people cannot reach the upper crater, as usual, so they have to stay at a safe distance away.

The reflection of smoking hot red lava turned the clouds of smoke red, giving the small town on the volcano a fairytale atmosphere.

According to the geology.com website, Stromboli is one of the most active volcanoes on the planet and has been erupting almost continuously since 1932.

The Stromboli volcano, located in southern Italy off the Sicilian coast, erupted in July releasing hot trapped magma in a powerful explosion, killing one person and enveloping the popular tourist destination in ash.