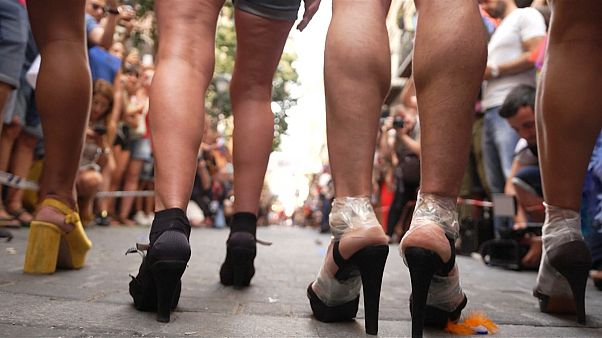 The competition in Chueca, a gay-friendly neighbourhood in central Madrid, draws competitors from abroad and is one of the most eagerly awaited parts of the annual festival of the lesbian, gay, bisexual and transgender (LGBT) community.

Both male and female runners had to wear high heels with a minimum of 10cm height.

The final run was a relay up and down Pelayo St, with runners in wigs and blouses.

The race has taken place for over 20 years. The winning prize money is €350.

The far-right VOX party, which may become a decisive minority voice in the council, has said that Madrid Pride should be moved to a park outside the city.

But people watching the High Heels Race said the event should remain in Chueca.