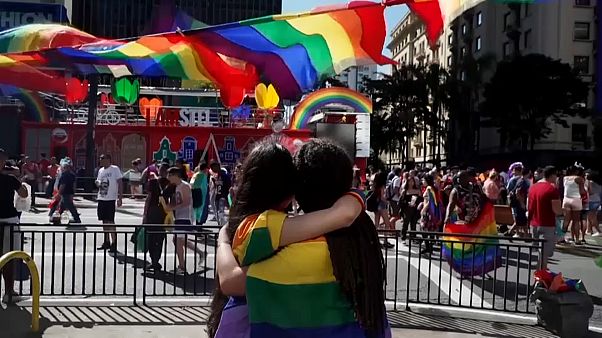 The event is organised every year by the non-profit APOGLBT (Association of the LGBT Pride Parade of Sao Paulo) and has grown enormously since the first Sao Paulo gay pride parade in 1997 which drew only 2,000 participants. .

The parade's 23rd edition is the first since the election of President Jair Bolsonaro, a far-right former army captain who once described himself as a "proud homophobe".

The parade is dedicated to the 50th anniversary of the Stonewall Riots in New York City.

Some parade-goers carried signs calling for the president's ouster and screamed the anti-Bolsonaro rallying cry of "Not him!"

"Considering all we faced in the last elections, this is one of the most important parades, to show that we are here and will continue here existing and resisting" said Diego dos Santos Oliveira, one of the organisers.

The colourful parade was first listed by Guinness as the world's largest gay pride celebration in 2006.