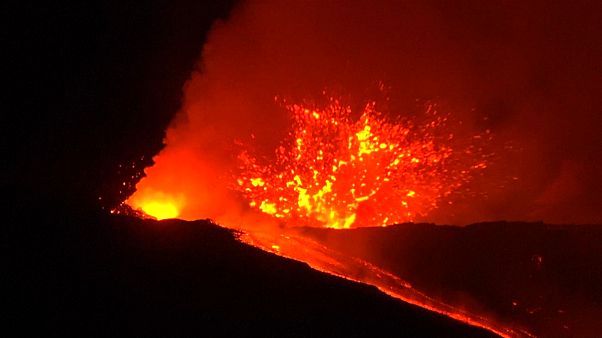 Italy's Mount Etna lit up the night sky with bursts of sweltering hot lava on Friday (May 31) as the Sicilian volcano lurched into activity.

The overnight eruptions led to rivers of smoking red lava streaming down the southeastern slope of Europe's highest and most active volcano.

At around 3h CEST (0100 GMT) a small effusive fissure opened on the southeastern crater and generated a small lava flow.

The seismic activity started to rise on Thursday (May 30) evening, peaked around midnight and decreased in the following hours.

The 3,330-metre-high volcano can burst into spectacular action several times a year, spewing lava and ash high over the Mediterranean island.