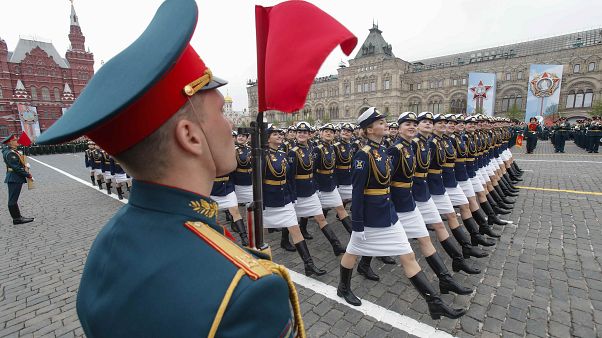 Russia shows off military might at Victory Day parade

Russia marked the anniversary of the allied victory in World War Two with an enormous parade in Moscow's Red Square.

This year the arsenal on display did not include any innovations, but the march included a range of APCs, tanks and missile launchers, including Buk, Tor launchers and Topol-M intercontinental ballistic missiles.

The aviation demonstration was cancelled due to bad weather.

Most European countries celebrate the defeat of Nazi Germany on May 8, but Russia and some other nations mark the anniversary on May 9 due to geographic time differences at the time of surrender.