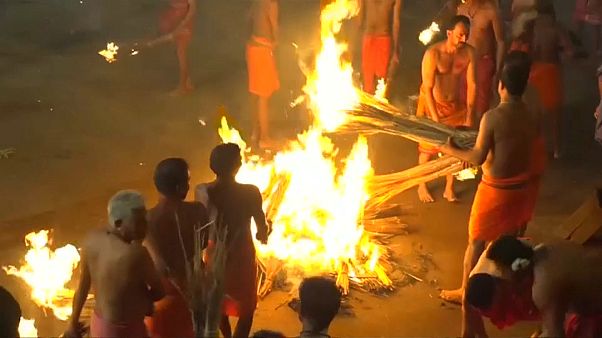 Watch: Our best no comment videos of the week

Here's our selection of this week's best no comment videos:

The religious Agni Keli festival in Mangalore, India, takes place every April and sees dozens of worshippers hurling fire-lit torches at each other in a bid to appease Hindu warrior goddess Durga.

Participants are split into two groups, which are positioned to face each other before the firefight begins.

Referees stand on the sidelines to make sure things don’t get out of hand.

Sportspeople took part in the unusual world championships for carrying coal this week.

Male contenders carried a 50-kilogram sack of coal on their shoulders, while females carried 20 kilograms around the course in Gawthorpe, northern England.

Halley Bay is known for being home to one of the world’s largest breeding grounds for Emperor penguin colonies. But a study released this week in the Antarctic Science journal found an “almost total breeding failure” over the course of the last three years.