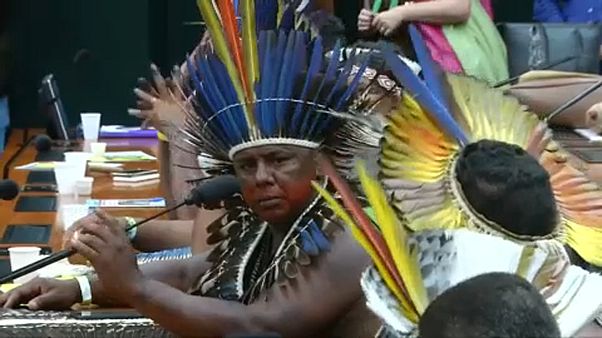 Indigenous leaders met with lawmakers to discuss land rights and the role of their communities in the protection of the environment on Thursday amid protests against the policies of Brazil's new far-right president.

The discussions in the Chamber of Deputies came on the second day of the Free Land Encampment, an annual three-day protest by indigenous groups held in Brazil's capital, Brasilia.

Leaders dressed in traditional indigenous attire and supporters filled a conference room in the Chamber of Commerce.

More than 1,000 indigenous people set up tents on the lawn of the congressional building on Wednesday and began demonstrating against President Jair Bolsonaro's vow to encourage the expansion of mining and industrial farming in protected indigenous areas.