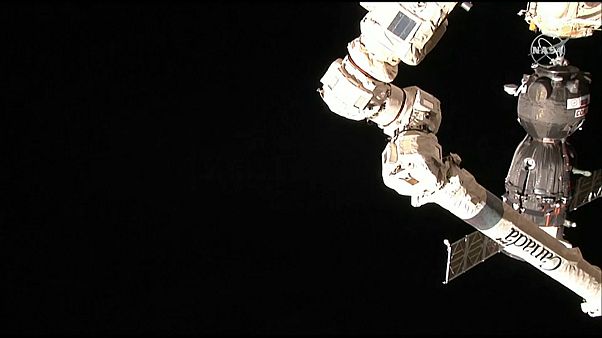 The Russian Soyuz rocket carrying NASA astronauts Nick Hague and Christina Koch along with Roscosmos' Alexei Ovchinin lifted off precisely as planned from the Baikonur cosmodrome in Kazakhstan on Friday.

Six hours later, their capsule docked at the orbiting outpost.

The trio will join NASA's Anne McClain, Roscosmos' Oleg Kononenko and David Saint-Jacques of the Canadian Space Agency who are already on the space station. They will conduct work on hundreds of experiments in biology, biotechnology, physical science, and Earth science.

On October 11, a Soyuz rocket carrying Hague and Ovchinin failed two minutes into flight, activating a rescue system that allowed their capsule to land safely.