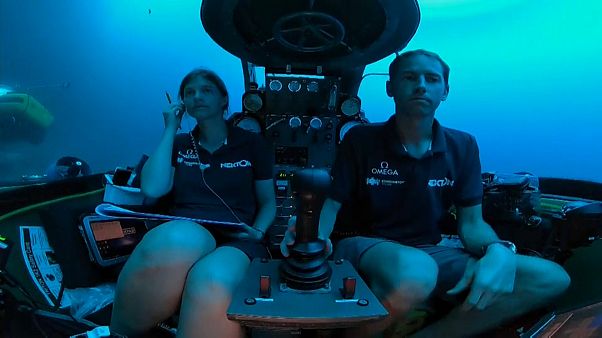 Lucy Woodall, Nekton Mission principle scientist, inside the undersea craft, expressed excitement at what she was seeing. "We can already tell that while we've been descending, above us the animals and communities look really different," she said, adding that "until you come down and have a look you've really just no idea what would be down here."

The first transmission came from 60 meters down (200 feet).

Thousands take exams outside in bid to weather coronavirus pandemic