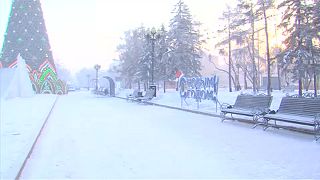 The anomalous cold did not dampen holiday spirits as locals continued their New Year preparations without interruption. Most locals approached by Reuters were in rather buoyant mood.

The local weather service expects the frosts to subside by Thursday (December 27).