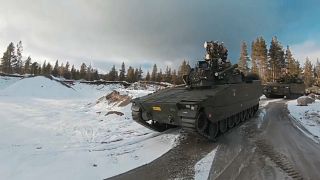 Troops in Norway’s Armoured Battalion 2nd Brigade ran drills on Friday at their camp near the northern municipality of Roros as part of Exercise Trident Juncture 2018.

The military exercise, which is set to run until November 7, brings together some 50,000 personnel, 10,000 vehicles, 65 ships and 250 aircrafts from 31 NATO allies and partner nations.

It is said to have angered Moscow, despite Russia being briefed by NATO and invited to monitor the event.