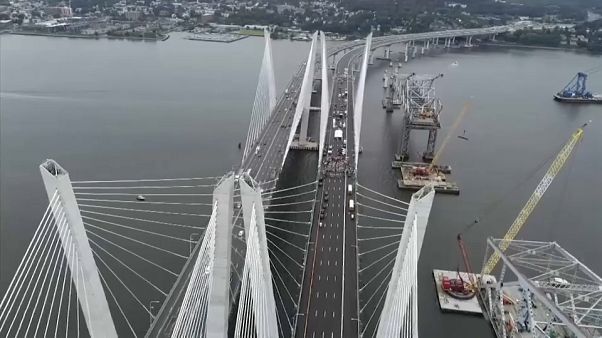 New York's governor on Friday opened the second span of the new Hudson River Bridge that bears his father's name, taking the opportunity to criticise President Donald Trump as being "obsessed" with building walls instead of bridges.

To open the bridge, Governor Andrew Cuomo drove a 1932 Packard convertible owned by Franklin D. Roosevelt when he was New York's governor.

Cuomo was joined by Hillary Clinton for the event that marked the completion of the nearly $4 billion Mario M. Cuomo Bridge as crews wrap up work on the second span.