But the rule book was torn up in Finland on Friday when Sauli Niinistö’s picture was officially unveiled.

Instead of letting one painter depict Finland’s president, 100 young artists were each given a patch of canvas.

Finland toasted 100 years since independence on December 6 last year and the portrait is part of the centenary celebrations.

Niinistö, who was elected in 2012, was photographed and then the picture divided into a hundred parts.

The artists were each given a patch and the creative freedom to interpret it as they saw fit.

They made their creations independently of each other before they were assembled to form the mosaic.

Picture gallery: the unveiling of the mosaic

Hover over the picture and click the arrows to view more images. 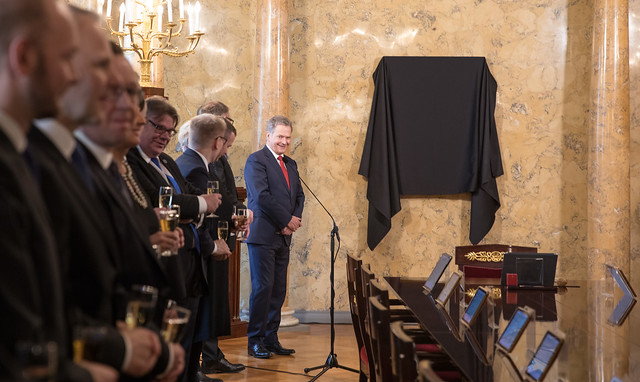