Satirical floats featuring some of the world’s most talked-about politicians made their debut in this year’s Rose Monday parade in Cologne, Germany.

The irreverent floats, many of which labelled offensive by critics, parade through the city centres of the major cities in the Rhine region, including Cologne, Dusseldorf, and Mainz. 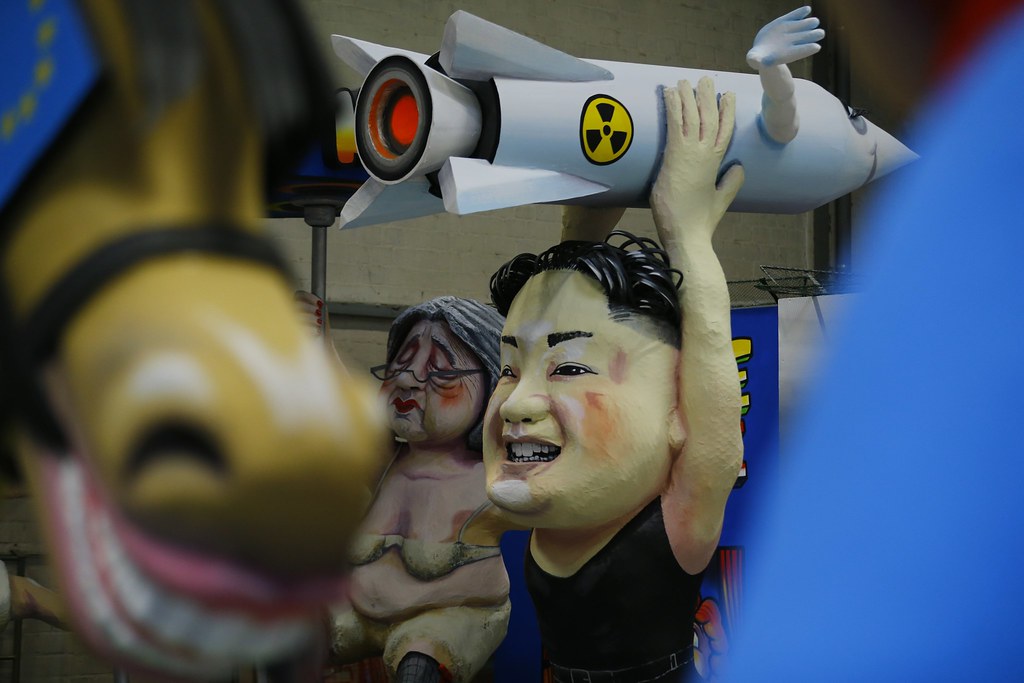 This year, a float featuring North Korean leader Kim Jong Un playing with a nuclear bomb will parade through the streets of Cologne. Another one with German Chancellor Angela Merkel and Social Democratic Party leader Martin Schulz swinging together also made its debut.

Meanwhile in Dusseldorf, a float of a Russian bear sitting on top of President Donald Trump made its way through the parade route.

The parade’s official website says more than 10,000 people were expected to participate in the Rosenmontag parade this year. Traditionally, flowers and sweets are thrown to the crowds from the floats.

Weiberfastnacht or Women’s Carnival marked the beginning of this year’s carnival season on February 8.