After months of tension between the Spanish and Catalan governments, Madrid imposed direct rule on Catalonia and brought charges against regional leaders, some of whom fled to Belgium. The Catalan elections on December 21 are set to be a show of force between the unionist and separatist leaders.

This time, however, pro-union parties are being called to vote and mobilise.

So who are the candidates? Euronews has roundup key facts on the people vying for Catalonia’s top post.

Oriol Junqueras or Marta Rovira, candidates of the Republican Left of Catalonia (ERC) 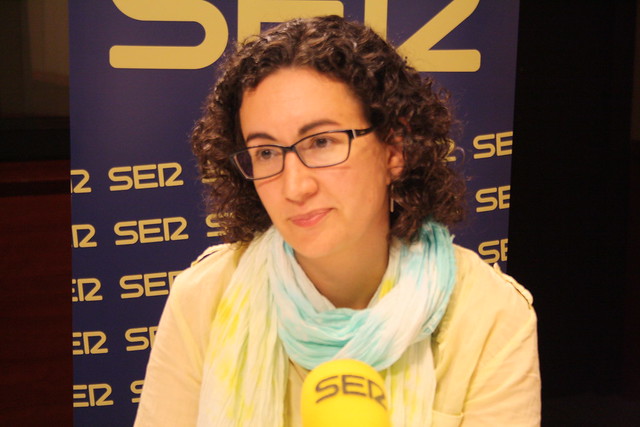 ERC’s head, Oriol Junqueras, is Catalonia’s former vice president who has been imprisoned since November 2. Junqueras sent a letter from prison naming Marta Rovira as the party’s secretary general and candidate in the next elections.

“It is time that in my country a strong woman takes the reigns, a woman that never gives up, that has determination and unmatched conviction. A woman that is sensible and bold, stubborn and obstinate but also good at dialogue. We must never leave her alone, the Republic has the name of a woman,” wrote Junqueras to members of the ERC.

Polls predict that the ERC will win this year’s elections.

Rovira was left out of the judicial proceedings concerning members of the ERC’s involvement in the push for independence. However, an investigation carried out by the Civil Guard states she was responsible for the preparations prior to the independence vote.

Junqueras asked to be set free in order to campaign for the election but on Monday (December 4) Spain’s Supreme Court refused bail for Junqueras due to “risk of criminal reiteration”.

However, six former members of the Catalan cabinet, including Raul Romeva, Carles Mundo and Dolors Bassa, were released with a bail of 100,000 euros.

Rovira is a strong supporter of a government concentrating all pro-independence parties that include Catalan European Democratic Party, the Popular Unity Candidacy, Catalunya en Comú.

“We won’t ask for permission to create the republic,” Rovira said in an interview with Catalunya Radio. However, the candidate pointed out that everything will depend on “how strong the democratic mandate is”.

Arrimadas, who’s already been at the head of the electoral list of the liberal party Ciudadanos, was a Catalonia presidential candidate in 2015, in which she became leader of the opposition when Ciudadanos was second in the election results.

Polls indicate she will once again place second in the December elections.

The leader of Ciudadanos in Catalonia is one of the main anti-independence voices. She’s compared Catalan pro-independence to Marine Le Pen’s populism and accused the secessionist government of wanting to break the European Union. Her main proposal is to get rid of the “procés,” a Catalan social movement for independence. 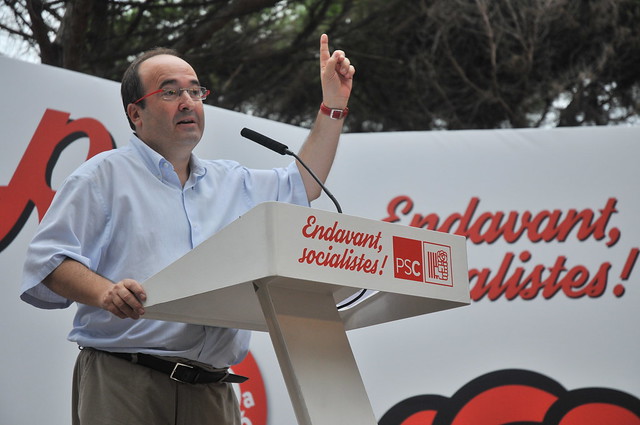 The leader of the Catalan socialists is presenting himself for the second time as candidate to the Generalitat. His party came in third place behind the ERC and Ciudadanos in the last Catalan elections. The polls are again putting him in third place in the upcoming elections.

Iceta, like Arrimadas, is against Catalan independence. The socialist candidate is focusing his campaign and repairing social coexistence that, he says, was fractured by the independence movement.

The former president never ran for president of Catalonia, as he came to power in 2016 after a last-minute agreement between the pro-Catalan independence parties Together for Yes and the Popular Unity Candidacy (CUP). Back then he announced that he wouldn’t run in the next elections because he didn’t have the “calling of a candidate” and that his “mandate” would end with the transition to a “fully independent Catalan republic”.

A year after those statements, Puigdemont decided to accept his party's invitation to the candidacy and lead under a new party name: Junts Per Catalunya (JxCAT), which has more independent members than Catalan European Democratic Party (PDeCAT) members.

Number two on the party’s list is leader of the Catalan National Assembly, Jordi Sanchez, who is accused of sedition and imprisoned without bail since October.

Next on the list are former adviser Clara Posantí, currently in Belgium, Jordi Turull, former spokesman for the Catalan government released on bail, and Joaquim Forn, who is still in prison without bail.

Puigdemont launched his campaign from Belgium, where he’s currently in a self-imposed exile as he fights an extradition order to Spain on sedition charges. A Belgian judge will decide on Puigdemont’s extradition on December 14, a week before the elections.

The election polls put him in fourth place.

Puigdemont’s main proposal is to put an end to Article 155 and re-establish the independent Catalan republic. 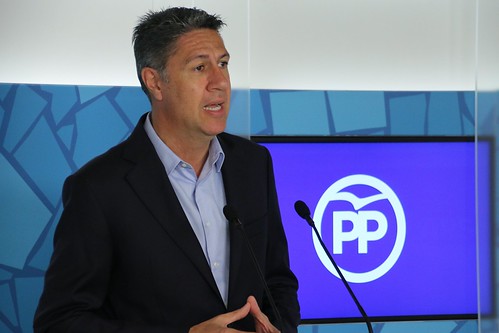 The leader of Mariano Rajoy’s party in Catalonia aspires to win the presidency of the Generalitat. As part of the prime minister’s party, Albiol is the main defender of Article 155 and the Spanish government’s position on the region’s independence.

Albiol said he would have preferred that the elections be held sooner in order to take a position in education and the Catalan media. **
**

"In these elections we present ourselves with the guarantee that we will keep Article 155," he said.

Domènech is the main candidate for the left-wing Podemos, which includes the Barcelona en Comú, Esquerra Unida e Iniciativa per Catalunya parties.

Domènech promises to negotiate with the Spanish government a new legal referendum on independence.

Carles Riera is at the head of the left-wing pro-independence CUP. Riera earlier defined enforcement of Article 155 as a “coup d’Etat in Catalonia”. He had also denounced “the violence” practiced by the Spanish government “in the democratic battle for the Catalan republic”.

Riera wishes to kick out “the state of Catalonia” and consolidate “a social republic for the majority”.