Global military spending in 2016 totalled $1.69 trillion, according to the SIPRI.

The top 10 countries accounted for 73 percent of this total, they were: The USA, China, Russia, Saudi Arabia, India, France, UK, Japan, Germany and South Korea.

US military spending surpassed that of the other top eight countries combined, with the rest of making up only 27 percent of the figure. 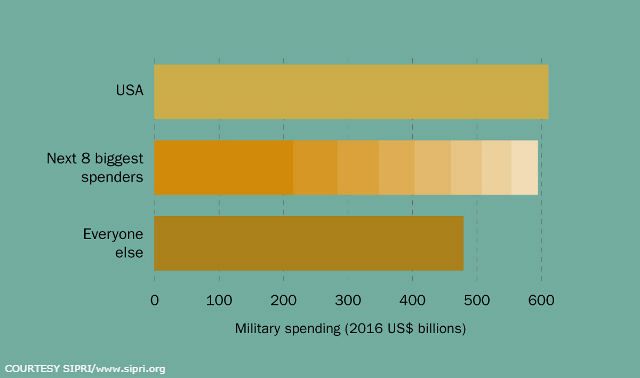 Funds spent on the military have increased 5.7 percent in Europe as a whole over the last 10 years, with the figure in 2016 reaching $334 billion, a 2.8 percent increase on the previous year.

The UK and France both invested around $55 billion in their militaries, Germany a little lower at $40 billion and Spain at under half of its neighbours with a spend of $14 billion in 2016. 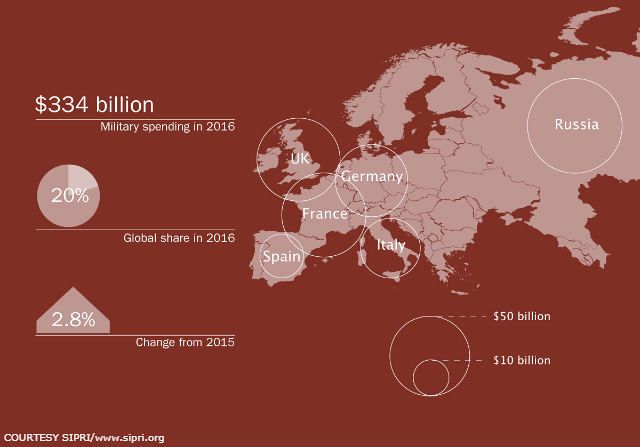 There was, however, a marked difference between the East and West.

SIPRI cited a number of reasons for this increase, but said: “The growing tension between Russia and most of the rest of Europe is often mentioned as a particularly important reason for the recent trend of increasing military expenditure in Europe.”

According to SIPRI, this increased spending is a heavy burden on its economy, which was experiencing a dip due to low oil and gas prices.

“Russia has used its increased military spending to modernize its armed forces and use them in the annexation of Crimea from Ukraine in 2014,” the institute said.

China spent by far the most on its military in 2016 of the countries in Asia and Oceania, with the continents making up 27 percent of the global total, with a cumulative figure of $450 billion. 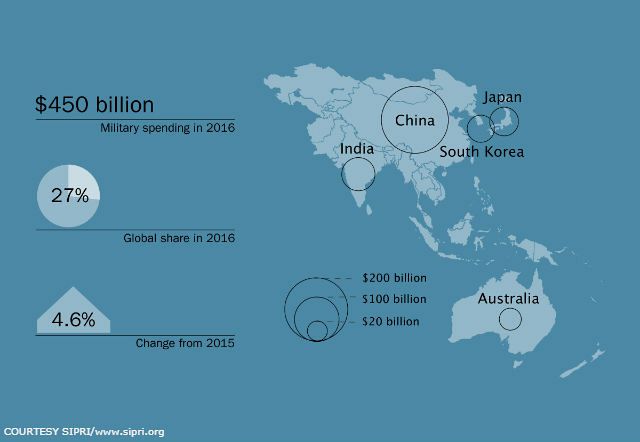 SIPRI said data was not available for the 2016 military spending for several countries in the Middle East, it was therefore not possible to for the area.

Of the countries for which data was available, the total figure for the region increased 19 percent in the last 10 years.

The institution said that some countries including Qatar, Turkmenistan, Uzbekistan and North Korea did not publish information about their governmental spending in this area.

This list also included the United Arab Emirates. which the SIPRI estimates is between the 10th and 15th biggest military spender in the world. 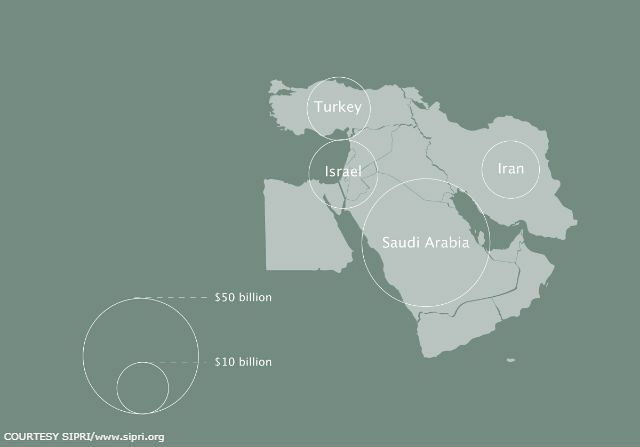 Saudi Arabia spent the most of all the Middle Eastern countries in 2016, making the country the fifth in the worldwide raking at $61 billion

Despite this huge investment, SIPRI said the country only provided minimal information in official documents about how this money was distributed summing everything up in one line.