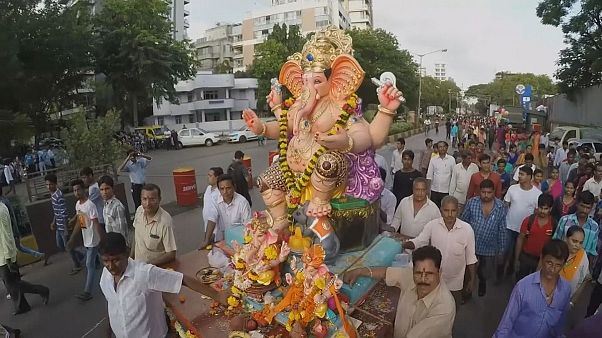 Tens of thousands of Hindu worshipers in Mumbai have bid a traditional farewell to Ganesh, the popular elephant-headed Hindu God after a ten-day festival to celebrate his birth.

Giant-sized Ganesh idols were paraded through the streets before their ritual immersion in the sea to mark the natural cycle of creation and dissolution.

During the annual festival, Hindu families worship Ganesh, the God of knowledge, wisdom and good fortune, at their homes and collectively on street corners.

All Hindu prayers begin with an invocation to Ganesh, who believers say has the power to remove all obstacles.