In 1991 as part of its legacy from the Soviet Union, Ukraine had around 5,500 statues of Lenin scattered around the country. Now, 26 years after the country proclaimed its independence, all of them have been taken down. The most active demolition period began in 2013 and continued until recently. So what happened to the thousands of statues of the communist leader?

1. Lenin became someone else

The old statues were often melted down to create another monument or object. The idea of turning Lenin into an alternative figure or even a church bell often garner popular support but but face financial challenges and opposition from communist activists (and nostalgics). Nevertheless across Ukraine, you can meet a Darth Vader, who used to be Lenin in his previous life; or a Ukrainian Cossack famous poets and many others.

After the Soviet collapse, the statues of Lenin remained in Ukrainian cities and towns much longer than many locals wished. The ‘temporary solution’ was sometimes found by local activists, often nationalistic groups who painted Lenin in the colours of the Ukrainian flag. This was funny or ironic to some but treated as an act of vandalism by others. 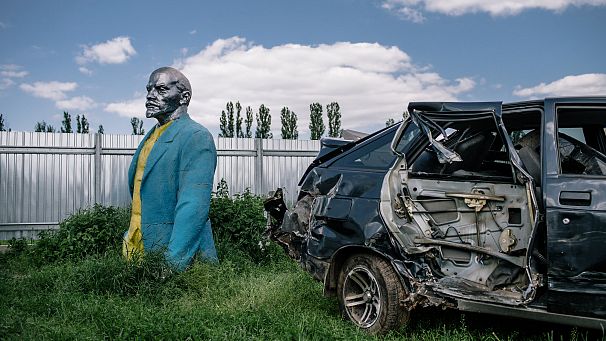 Rather than national colours, Lenin outfits were often painted to look like he was wearing the Ukrainian national costume: the vyshyvanka, an embroidered shirt, the zhupan, a warm overcoat, or the sharovary, a distinctive pair of trousers.

Taken with permission or stolen by locals, Lenin often ended up in the private backyards of Ukrainian villagers.

The statues were sometimes exhibited in local state museums or private collections – either entire or in pieces. 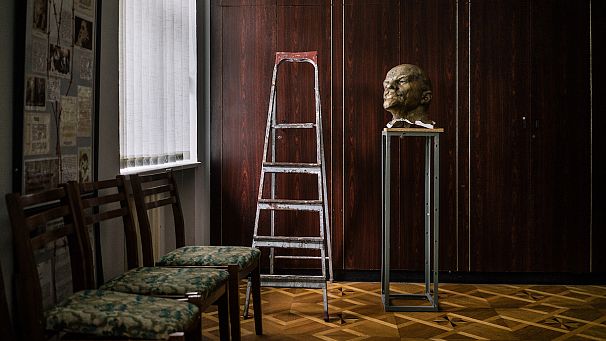 The idea of raising money from demolished statues was quite popular. Sometimes they were sold as historical monuments, for example to foreign collectors, otherwise their value is derived from the materials of which they are made.

Like anything else made of metal, Lenin statues are always at risk of being stolen by metal hunters.

Ukrainian municipalities are often willing to exhibit Lenin statues in their local museums but complain about the lack of funds to turn the demolished statue into a showpiece. 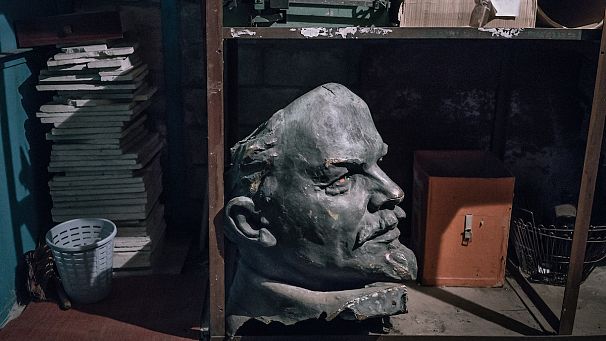 In recent years some statues have been left in place, but with heads missing. 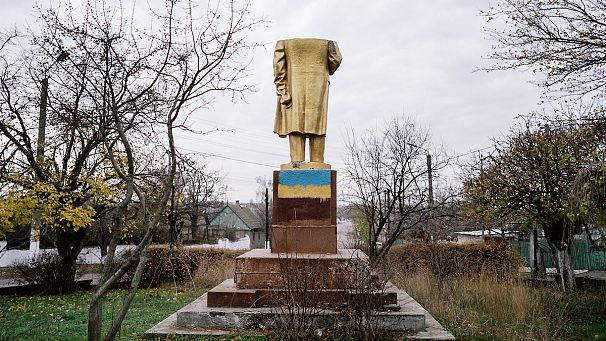 Before or after being removed and replaced, the statues were often covered by anti-Russian and anti-Putin messages. 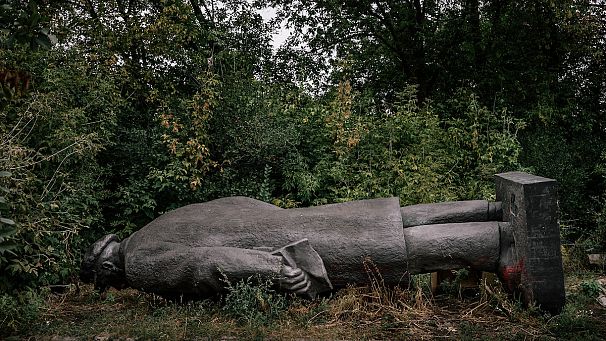 In their book Looking for Lenin Ackermann and Gobert have documented the inglorious fate of the Soviet statues, following their often violent removal.