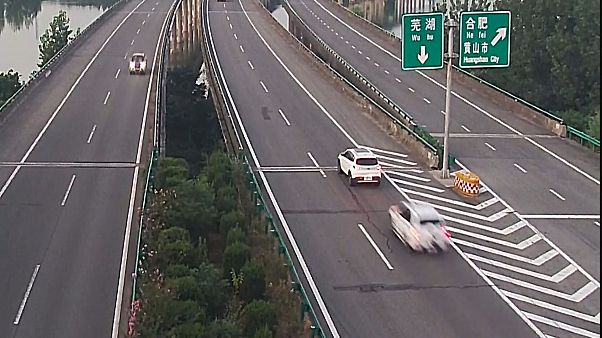 Two cars were involved in a major crash on a highway in east China after one decided to stop in the middle of the road and then try to reverse.

CCTV shows the driver at a standstill, then put the car into reverse – an attempt to drive back to the exit that they had missed.

The car behind had no time to brake and smashed straight into the back.

Six people were injured in the incident, none of them seriously.

The driver is facing charges for traffic violations, a monetary fine and will have their license suspended.