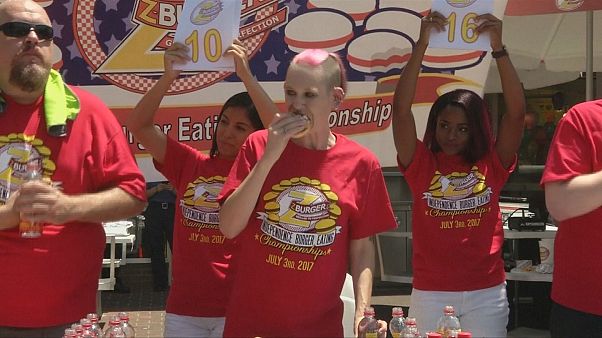 The reigning champion of Washington’s annual burger eating contest defended her title on Monday (July 3) but fell short of her record, eating 21 burgers in 10 minutes.

Last year, Molly Schuyler, a mother of four from California, managed to down 28 burgers in the same amount of time. In total, 14 competitive eaters vied for the $1,500 cash prize in Z-Burger’s Annual Independence Burger Eating Championship.

One contestant, a law student, said he didn’t expect to win but enrolled for the free food.
“I was hoping to do at least six, so I’m happy I got to seven, lucky number seven,” said James Feeney. Dozens of people turned out to observe the spectacle, as well as to indulge in a free burger afterwards.