It was the most memorable campaign issue that Donald Trump ran on last year: his promise to build a border wall between the United States and Mexico and have the southern neighbor pay for it.

But in the chaos of day-to-day operations of the Trump administration, the project has moved to the back burner, largely eclipsed by the ongoing Russia saga, the firing of the FBI director, the clumsy efforts to repeal and replace Obamacare, and the numerous occasions when Trump reversed himself on foreign and domestic policy issues.

The number everybody in Washington is looking at is a staggering $22 billion (20 billion euros). That is the hefty price tag that, government experts say, would come with the wall.

As the Mexican government has repeatedly said it would not, under any circumstances, pay for the wall, the American taxpayer would have to foot the bill.

Here’s the problem for Trump: In order to allocate those massive funds for the wall, Congress needs to pass a budget. But the budget can only be established, once the effects of the Republican health care bill are fully known. Right now there is no such bill.

Whether and when both versions can easily be reconciled is anybody’s guess right now.

After having witnessed a huge public backlash against the House version of the Obamacare repeal bill, many Republican Senators feel no rush to touch the toxic issue, especially in light of next year’s Congressional elections campaigns.

Yet, again, you need to know the effects of tax reform to draft a federal budget and be able to allocate funds to the border project – or forego tax reform.

Many Republican lawmakers are not in sync with the administration, making it more uncertain that the wall will finally be built. You ask them privately, they will tell you it’s “a joke”.

In the meantime though, the Trump administration is moving ahead, disregarding the politics of the wall, but reviewing design bids for the project.

Next month, 20 selected bidders are slated to be asked to build prototypes based on the proposals they submitted.

However, The Arizona Republic reports that some bidders are starting to have serious doubts with some already giving up on the project due to how poorly the government is managing details.

Christopher Dillon owns a construction management firm in Anchorage, Alaska, and put his company on the list of interested bidders, but quickly changed his mind.

“From the outset of the project, I have been tracking it and it’s a political stunt,” the paper quoted Dillon as saying.

The whole process is so Trump can say he fulfilled a campaign promise by trying to get the wall built but got no support from Congress, Dillon said. Meanwhile, “it’s burning a lot of money. It’s really jerking the contracting community around.”

And then there are looming battles on the legal front. Last month, the Center for Biological Diversity, a Tucson-based conservation group, and Congressman Raul Grijalva, who represents a broad swath of the Arizona border, filed a lawsuit in federal court targeting the environmental and fiscal impact of building the nearly 2,000-mile (3,200 kilometers) border wall. 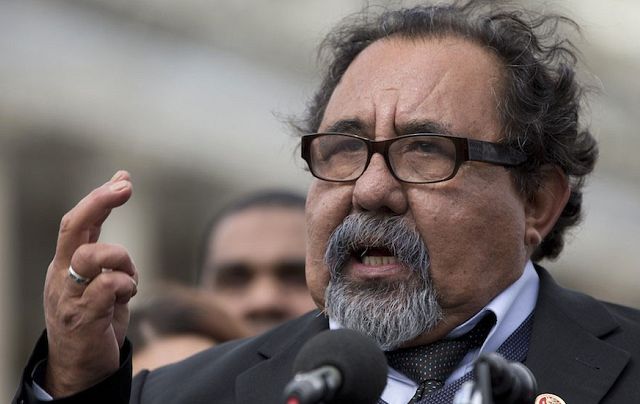 The 42-page document alleges the federal government’s border security enforcement plan fails to comply with the National Environment Policy Act, and asks the agencies to conduct an environmental impact study that is already a decade overdue.

“Border security policy has evolved and changed dramatically since 2001, the last time an analysis was done,” Randy Serraglio, Southwest conservation advocate for the Center for Biological Diversity, told local media.

“Things are dramatically different now. Border Patrol doubled in size, hundreds of miles of fencing are constructed already, and lots of damage has already been done.”

Thanks to the fencing, the US-Mexican border is already one of the most protected in the world. 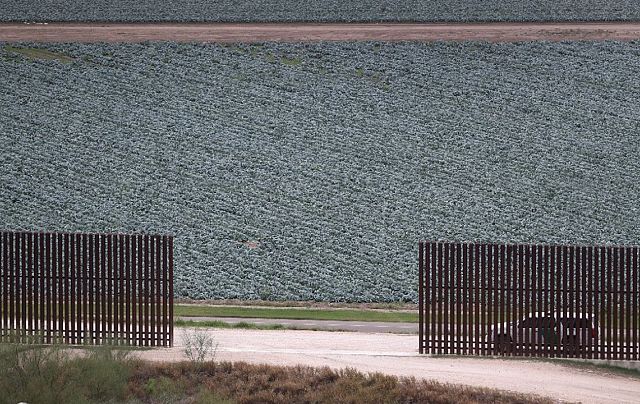 Right now, the border has nine sections from California in the west to Texas in the east. The sections in California, Arizona and New Mexico are already heavily fortified with elaborate fencing that covers between 77 and 90 percent of the borderline. 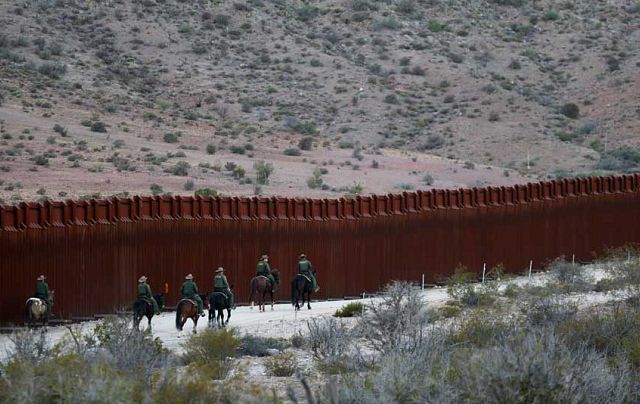 The remaining sections in Texas have almost no fencing at all, just the easternmost Rio Grande section between the Texas towns of Roma and Brownsville has a fence covering one fifth of the borderline.

Whether the existing fencing structures will be supplemented or replaced is unclear. During the campaign Trump always alluded to a physical concrete wall – because of Washington’s political quicksand, it might never see the light.