When asking supporters why they have chosen Real Madrid or Atletico de Madrid, one gets two very different answers.

Normally, a Real Madrid fan will respond with a convincing “because it is a lordly club, which promotes the values of lordship” (after that, though, they have more difficulties to define exactly what they mean with “lordship”).
An Atletico fan, on the other hand, will seldom be able to give a clear answer to explain their affiliation to the white and red striped capital rivals of Real Madrid.

In fact, Atletico itself launched an advertising campaign a few years ago which addressed exactly this perhaps irrational incomprehension fans have for supporting Aleti (as its supporters informally call the club).

In the advertisement, a father drives with his son who asks: “Dad, why are we fans of Atleti?” The father is unable to give an answer to his son and remains still, slightly smiling, while we read on the screen: “It is not easy to explain. But it is something huge”.

On the contrary, advertising spots of Real Madrid are usually linked to marketing campaigns of sportswear multinationals or luxury cars. Sometimes they are also based on the exaltation of its stars and the numerous victories of the club. 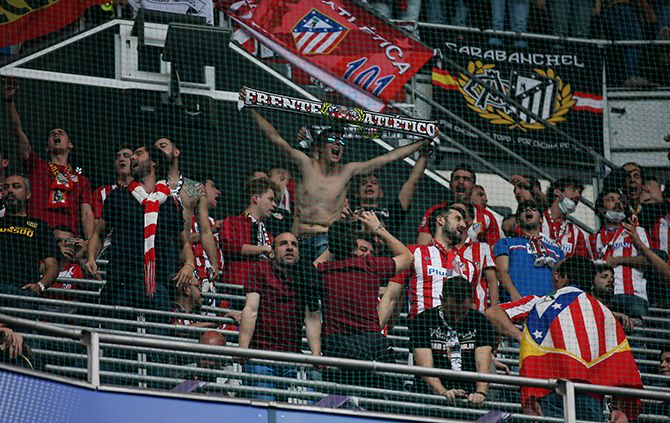 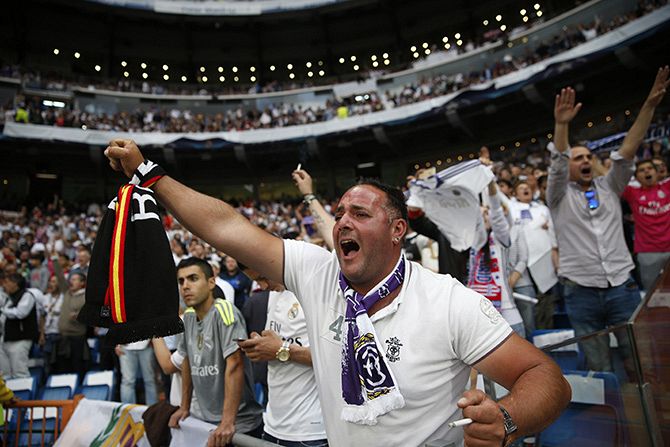 Roughly speaking, Real Madrid fans routinely demand excellence from their club, and they tend to link the team with success in both their private and private lives.

By contrast, Atletico supporters romanticise being the underdog. They like lost causes. It’s something unexplainable and indeed beyond the realm of objective reasoning. Their sentiment is tied to a certain rascal culture born from the streets or working-class districts.

There is even an observable correlation of social classes and economical status in this psychological scheme. The head office and stadium of Real Madrid, the Santiago Bernabéu, is located in one of the wealthy areas of Madrid, in the middle of the country’s financial district.

The Santiago Bernabéu is located on a plot of land between the Paseo de la Castellana and the Paseo de La Habana. Situated between the districts of Chamartin and Salamanca, one can find the homes of families with a high purchasing power, the head offices of most multinational companies and the most expensive shopping and leisure areas of Madrid.

The club’s colours are displayed from the windows and balconies of middle-lower class families living in apartment blocks that give the historically working districts of Madrid such as Arganzuela, Latina, Carabanchel and Puerta del Angel their shape.

These neighborhoods are filled with small businesses, food shops and call shops run by Latin American, Pakistani or Chinese immigrants who arrived to Spain in the last 20 years. These are the neighborhoods which greatly suffered from unemployment due to the recent financial crisis.

The advertising campaigns that Atletico Madrid launch every season are based on this social and financial reality. They’re one of immigrants and hard life conditions, and which, more than advertising football, they reflect a certain way of life.

Two more of Atletico’s ads can be found here, and here. 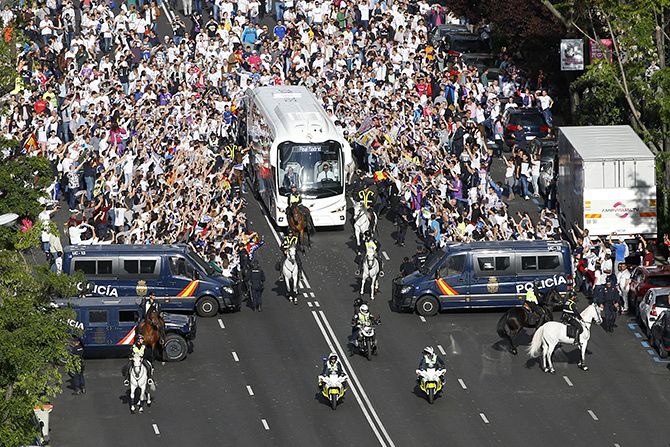 In this backdrop, a face-off between Real Madrid and Atletico Madrid is one of the most followed football matches between clubs in the world. It’s a contest only rivaled in the television audience ratings by the so-called “classic” between Real Madrid and Barcelona, according to information by the Spanish Professional Football League

No other teams rival the spectacle caused when Madrid’s two clubs do battle in Europe’s Champion League. With passions stirred up in the last three years by the finals played between the two in 2014 and 2016, in which Real Madrid won in extra time (93’) and on penalties in Milan, last year’s contest was watched live by “almost 400 million viewers around the world”.

Not even the Super Bowl in the US comes close in terms of viewers.

Atletico supporters, meanwhile, have not forgotten their misfortune. Real’s victories at the death during the three last Champions League editions, seldom so ecstatically celebrated by Real Madrid supporters, have added a special ingredient that has brought more spiciness and fire both on and off the pitch when Real Madrid face Atletico.

They have exacerbated the feeling among Atletico fans of experiencing a fight of David versus Goliath when facing Real.

Because it is objectively obvious, if one only considers the clubs’ coffers and their international records. Real Madrid is a Goliath of enormous proportions in front of Atletico Madrid.

It is true that, historically, Real Madrid has been considered a club related to the political and financial establishment in Spain. Their opponents even denounce Real was the “Regime’s team” since the dictator Franco was a strong Real Madrid supporter. But it would be mistaken to tie the club’s successes to the Spanish state.

It is not less true that there are important current celebrities that more or less openly declare their love for Atletico’s red and white colors. Spain’s Minister of Economy and, of course, the King of Spain, Felipe VI.

In short: this unending rivalry between Real Madrid and Atletico de Madrid has even reached the Spanish Crown, as the Emeritus King, Juan Carlos I, is an ardent supporter of Real Madrid.