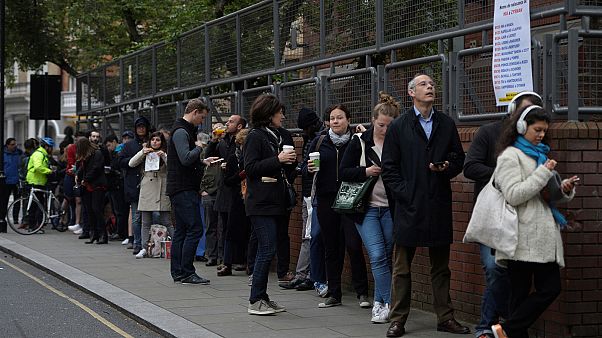 French expats queued up to cast their ballots in the country’s presidential election at a polling station in Lycee Charles du Gaulle in London on Sunday.

It’s estimated up to 300,000 French citizens live in the United Kingdom. Opinion polls show independent centrist Emmanuel Macron is set to beat National Front candidate Marine Le Pen in Sunday’s second round of voting, in what is seen to be France’s most important election in decades.