Leaping over bombed roofs and jumping through damaged window frames, a group of teenagers run and swing their way through buildings left dilapidated by six years of war in the southern Syrian town of Inkhil.

The young men practise Parkour across rebel-held Inkhil, saying they find escape in the physical discipline which involves climbing and running over buildings and grounds and takes its name from the French word for route or course “parcours”. 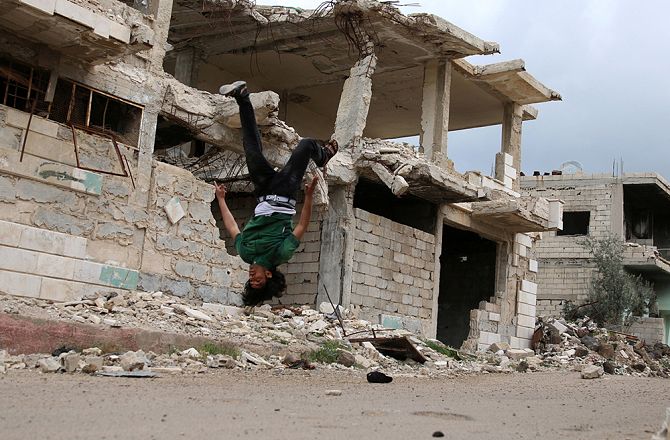 “When I jump from a high place I feel free and I enjoy it,” 18-year-old Muhannad al-Kadiri said to Reuters. “I love competing with my friends to see who can achieve the highest jump.”

The group of about 15 have been practicing Parkour for around two years, often in school courtyards and on quiet days when there is no fighting in the area. 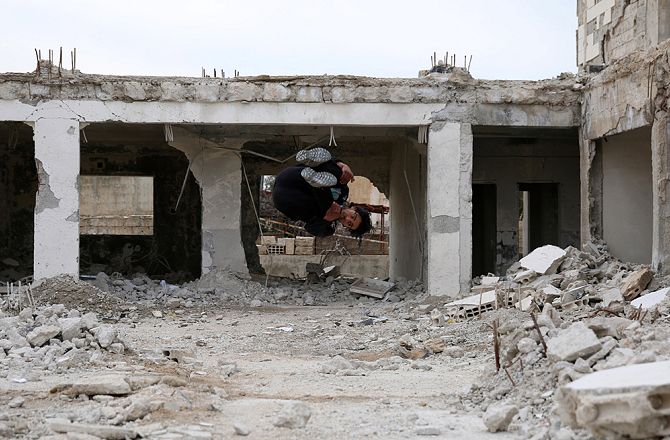 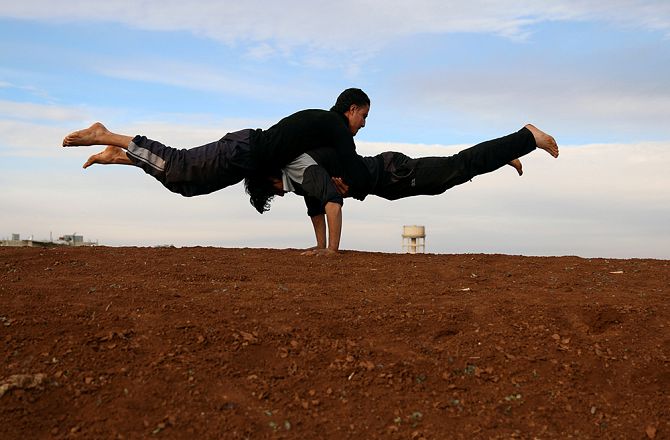 Inkhil is located near a front line between rebels and pro-government forces in an area that has been subjected to air strikes and shelling during the conflict.

The Parkour leaps can take their toll and members of the group have suffered broken toes, bruises and even a twisted neck during training. 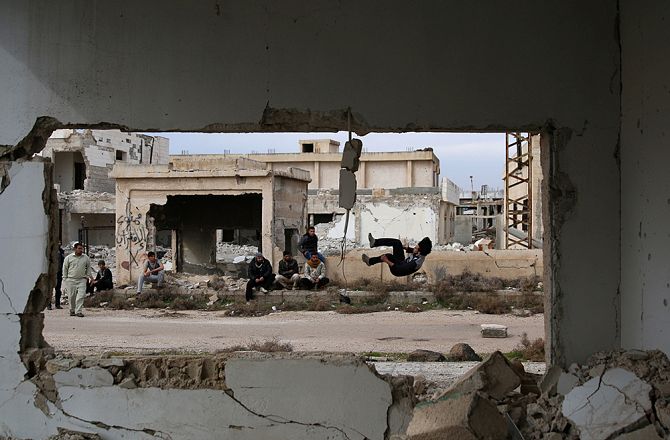 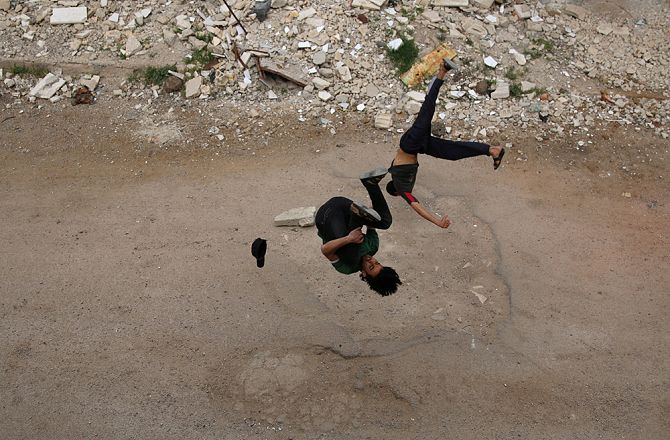 The teenagers film and photograph each other and upload the footage on Facebook. They even have an audience.

“(Parkour) is exciting and relies on physical fitness and skill,” spectator Ayman said during one training session. “But it is dangerous especially because they attempt it in damaged areas. I hope they get better and learn new skills.” 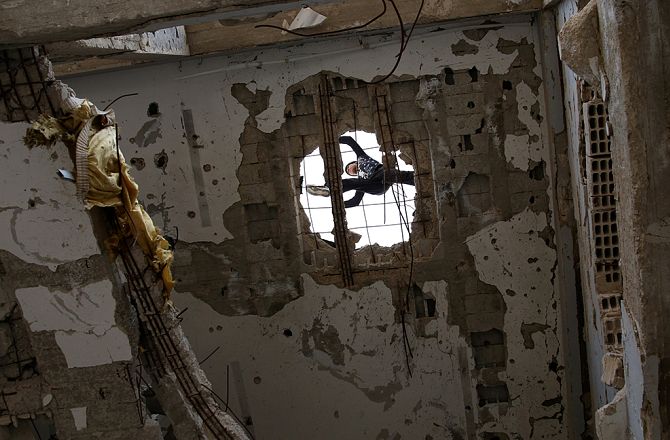 Parkour was born in France in the 1980s as Art du Deplacement and has gained popularity over the years. In January, Britain became the first country to officially recognise it as a sport.

Kadiri and his friends somersault in the air, hold themselves up with just their arms and leap over piles of rubble.

“Parkour gets us out of the atmosphere of war and makes us forget some of our pain and sorrow,” Kadiri said. “It makes me feel mythical.” 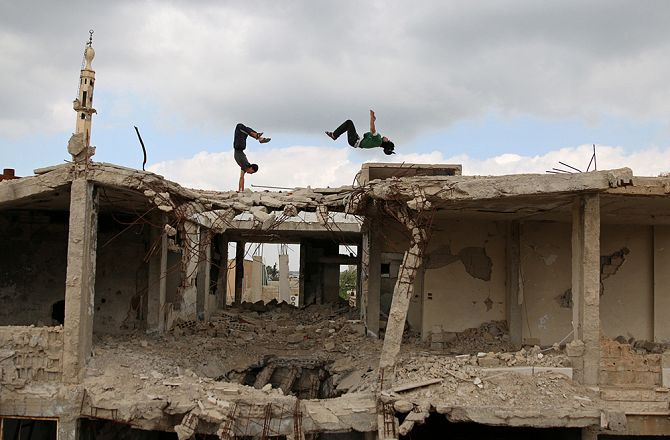 Parkour is a training discipline using movement that developed from military obstacle course training. Practitioners aim to get from one point to another in a complex environment, without assistive equipment and in the fastest and most efficient way possible. Parkour includes running, climbing, swinging, vaulting, jumping, rolling, quadrupedal movement, and other movements as deemed most suitable for the situation. Parkour’s development from military training gives it some aspects of a non-combative martial art. 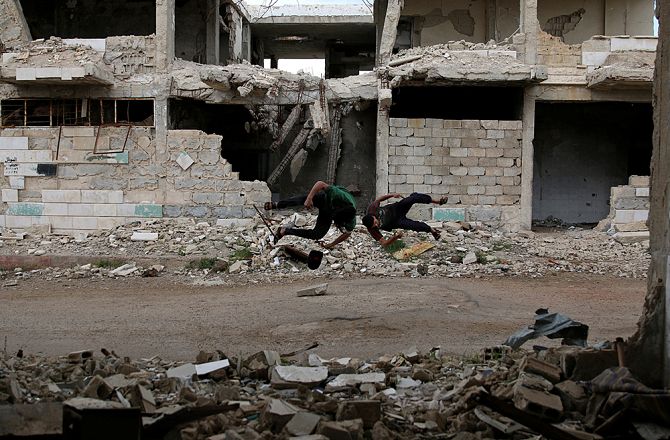 Parkour is an activity that can be practiced alone or with others and is usually – but not exclusively -carried out in urban spaces. Parkour involves seeing one’s environment in a new way, and imagining the potential for navigating it by movement around, across, thru, over and under its features. 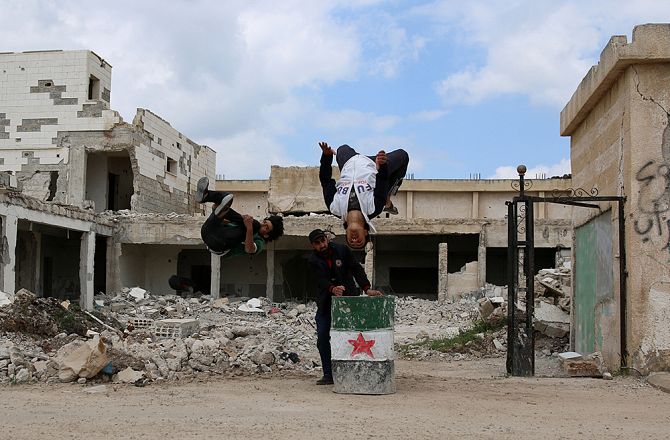 Parkour was developed in France, primarily by Raymond Belle, and further by his son David and the latter’s group of friends, the self-styled Yamakasi, during the late 1980s. The discipline was popularized in the late 1990s and 2000s through films, documentaries, and advertisements featuring the Yamakasi. 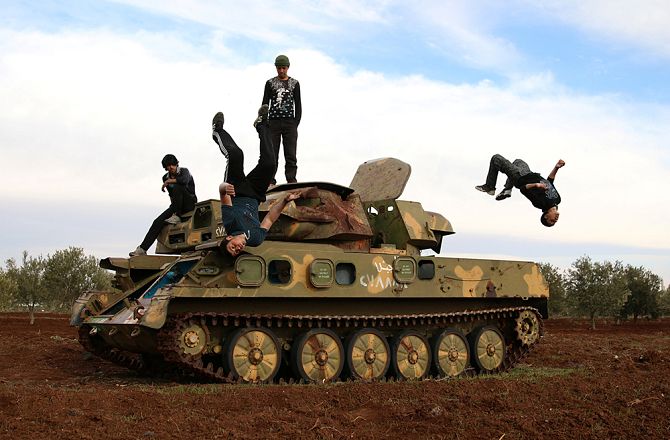 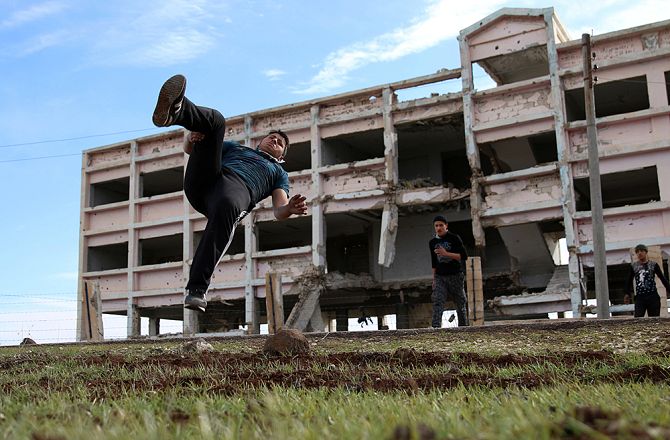