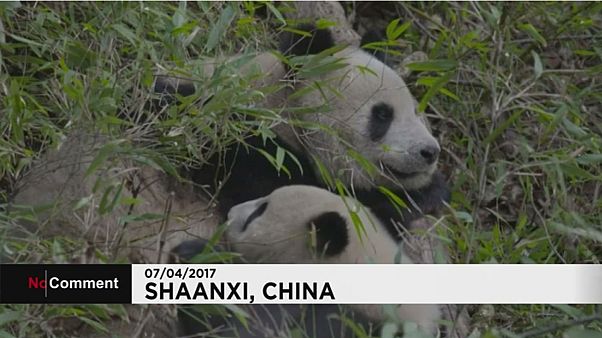 A sweet and tender moment was captured on camera when a giant panda mother was spotted
breastfeeding her cub in a forest in China.

It is reportedly the first time such a scene has been filmed in the wild.

The panda mum and her cub, thought to be between one and two-years-old, were first spotted resting in a high tree in Foping County in Shaanxi Province.

Junior then let mum know that it was meal time and she duly climbed down and suckled the cub on a small slope.

The adorable scene was said to have been captured by local TV journalists.