Western Europe is the latest area to celebrate 2017.

The iconic London skyline was illuminated with fireworks as Big Ben rang in the new year. Music celebrating artists past and present accompanied the spectacular display.

The start of 2017 in Berlin was a slightly more sedate affair, following a year of terror attacks throughout Germany. The latest, at a Christmas market in the capital, claimed the lives of 12 people.

Amsterdam held what is being hailed one of Europe’s biggest street parties to welcome in a fresh year.

Moving out of Europe, the Great Pyramids of Giza, the oldest of the Seven Wonders of the World, have seen their fair share of new years celebrations. Egypt let off almost one-minute of fireworks over the tombs. 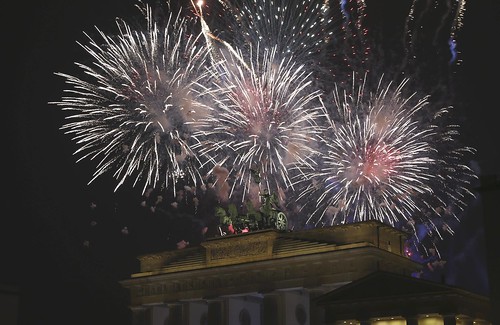