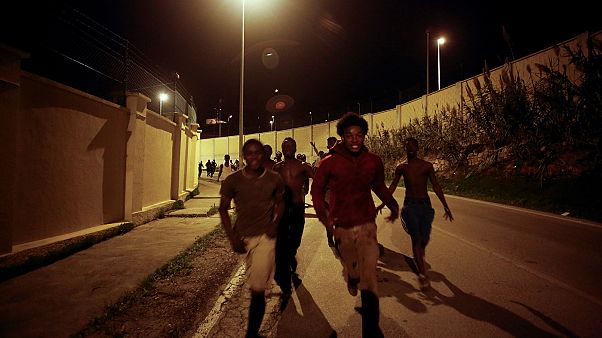 Over 400 sub-Saharan African migrants have jumped over a barbed-wire border fence from Morocco into Spain’s North African enclave of Ceuta.

Footage showed migrants perched on top of the barrier as they tried to get over. Several people were injured after storming the fence, emergency services said.

Spain’s two African enclaves, Ceuta and Melilla, are often used as entry points into Europe for migrants, who either climb over the border fence or attempt the dangerous swim along the coastline.