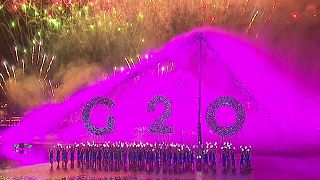 Parts of Hangzhou were lit up on Sunday (September 4) night as China put on a spectacular gala performance for global heads of state attending the G20 summit.