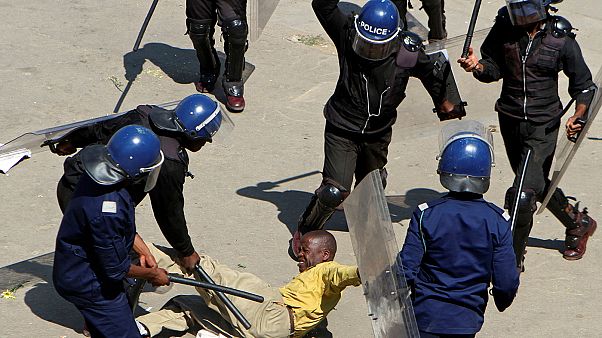 Security forces in Zimbabwe have broken up an anti-government protest in the capital, Harare.

Hundreds of people hurried for cover as baton-wielding police moved in to disperse activists. They had marched on Zimbabwe’s reserve bank to protest against the country’s currency crisis.

There were also reports of police using tear gas and water cannons on demonstrators.

President Robert Mugabe has responded to the recent protests by saying that people who are unhappy with living conditions can leave the country. The 92-year-old has been in power since 1980.

Millions of Hindus gather to take 'holy dip' in the Ganges