Her name is Florence Griffiths Joyner. But everybody called her Flo-Jo. She dazzled the world with her trademark one-legged leotards and six-inch painted fingernails. She thrilled spectators with her speed. She was the fastest woman in the world. She still is. Her mark for 100m and 200m in 1988 have never been bettered. But just ten years after setting these landmark times, she would be dead.

She first burst onto the athletic scene on a scorching afternoon in Indianapolis at the US Olympic Trials in July 1988. Three records were set that day. Jackie Joyner-Kersee hit the heights in the heptathlon and Carl Lewis ran 9.78, albeit wind assisted.

In the semi-finals she crossed the line in 10.70 and again blew the field away in the final with a time of 10.61. Her US Trials adventure had seen her record three of the fastest-ever 100m times in the history of the event.

Flo Jo was a good 200m runner. But she was never a brilliant one. She failed to qualify for the 1980 Games in Moscow but won silver in the 200m in Los Angeles four year later. She never dazzled in the 100m. She never previously dazzled in the 100m; before Indiana the fastest she had ever run 100m was 10.96.

Her success was all the more surprising when you consider that two years earlier she had quit the sport. She worked in a bank and did nails and hairdressing in the evening to supplement her wages.

She was training during this time and did return to win the 200m silver medal at the 1987 world championships in a time of 21.96.

Her sprint coach was Bob Kersee. Kersee was married to Joyner-Kersee, whose older brother, Al Joyner, was Flo-Jo’s husband.

At the 1988 Olympics, Flo-Jo was the star of the show. She ran an Olympic record time of 10.54 in the 100m final. She was so far ahead of the field that she bore a huge grin from 70 metres and raised her arms triumphantly at 90 metres.

With the 4×100m relay team she picked up another gold medal. 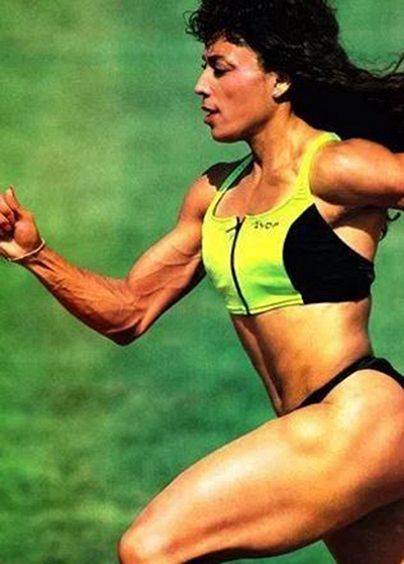 But Griffiths-Joyner was even more impressive days later in the 200m. In the semis she shaved 0.15secs off the world record. Hours later she would reduce it further by 0.22secs to record 21.34secs.

Seoul was full of talk of drug taking, especially after the expulsion of Ben Johnson, whose blood and urine was found to contain traces of the steroid stanozolol. Some rumous even claim that Flo-Jo had tested positive for performance-enhancing drugs at the 1988 Games along with Joyner-Kersee and the result was covered up.

She would point to the fact that she took and passed 11 drug tests in 1988. And she never failed a drug test in her life.

“I know exactly what people are saying about me,” she said. “And it’s simply not true. I don’t need to use drugs. They can come and test me every week of the year if they want to. I’ve got nothing to hide.”

Her husband said all the talk was down to jealousy. He said the amazing gains made by his wife was the result of being “trained like a man”. 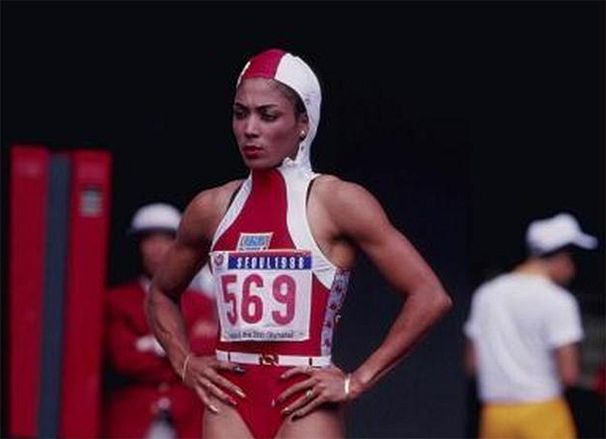 He added: “We bought a $150 leg exercise machine and she did leg curls every night. More than 20 lbs every night to build up the strength in her legs. She was working 12 hours a day.”

Johnson’s coach, Mike Francis, pointed the finger towards her during a testimony to a Canadian inquiry into drugs in sport 1n 1989.

And the rumours kept coming. German magazine Stern ran an article on sprinter Darrell Robinson. Robinson said Kersee had been coaching him since 1987 and he alleged that the coach had advised him on steroid use and given him two types of tablets: oxandrolone and metandienone.

Robinson also claimed that he had personally sold a vial of human growth hormone to Griffith-Joyner in March 1988, just months before Seoul. She said that Robinson was a “compulsive crazy lying lunatic”.

During retirement she wrote books, poetry and a novel as well as designing clothes. 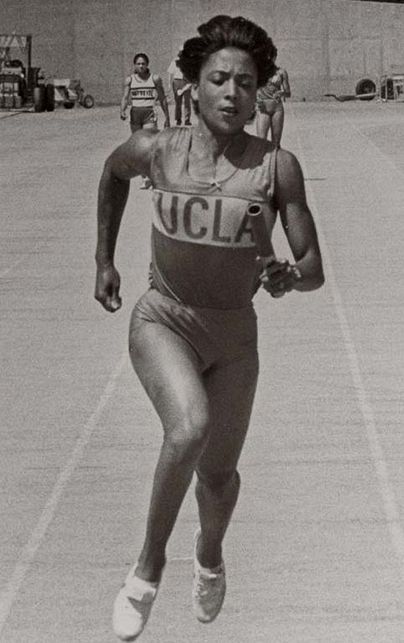 During a flight to St Louis in April 1996 she suffered a seizure and was rushed to hospital. This recurred two years later.

On 21 September 1998 she suffered another and suffocated in her sleep. She was 38.

Since Florence Griffiths-Joyner broke the 100m world record that sunny July afternoon in Indianapolis in 1988, the men’s mark has been broken 13 times.