Brazil has not had the easiest of run-in as the opening ceremony approaches for the XXXI Olympiad. The Games are taking place against a backdrop of social unrest, unpaid workers and a political scandal engulfing the government.

Locals have protested that they have yet to benefit from this huge outlay.

The final price of the event is expected to be in the region of $4.6bn, according to a recent report by the University of Oxford Said Business School on the cost of Olympic Games.

But despite this huge cost the Rio Games are far from being the most expensive for the Summer Games.

That accolade goes to London, says the report, which forked out $15bn for the pleasure of hosting the event in 2012.

London, it says, secured the bid for the 2012 event with a cost estimate that two years later proved inadequate and was revised upwards by “100 percent”.

The study goes on to say that for a city and nation to decide to stage the Olympic Games is to decide to take on one of the most costly and financially most risky type of megaproject that exists, something that many cities and nations have learned to their peril.

The Sochi Games cost $22bn, which makes then the most costly winter event. The final bill came to a whopping $51bn. But this figure includes infrastructure, such as the building of a 31-mile railway to connect the town to the ski resort of Krasnaya Polyana. This alone cost $8.7bn.

The Athens Games cost a mere $3bn. But it paid a high price with regard to its legacy.

Four years after the event Greece was hit by the credit crunch global crisis. The country was forced to deal with a burgeoning debt, poverty and high unemployment as many questioned the value of hosting the event in the first place.

The legacy of the 2004 Games is a city littered with white elephant arenas that cost billions and have fallen into disrepair. 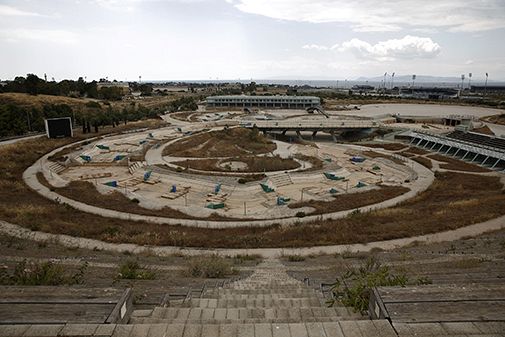 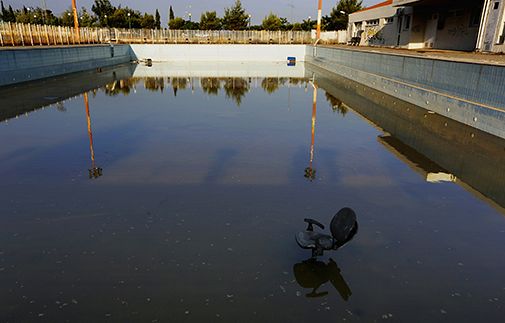 If the Greeks had a massive headache as a result of its Games’ legacy, Montreal has just recovered from the worst Olympic hangover.

Jean Drapeau, the then mayor of Montreal, once said: “The Montreal Olympics can no more have a deficit, than a man can have a baby.”

The 1976 Games had a cost overrun of 720 percent and it took the city of Montreal took more than 30 years to pay back the money owed.

The plan was for the games to centred on the “Big O” stadium, as it was fondly called because of the hole in the roof. It was later called the “Big Owe” in reference to the city’s debt.

Delays from the very start left organisers on the back foot. Workers were on strike for a total of 130 days, 30 per cent of the time allocated to build the venue.

Such was the IOC’s worry that it began making plans to move the event to Mexico. 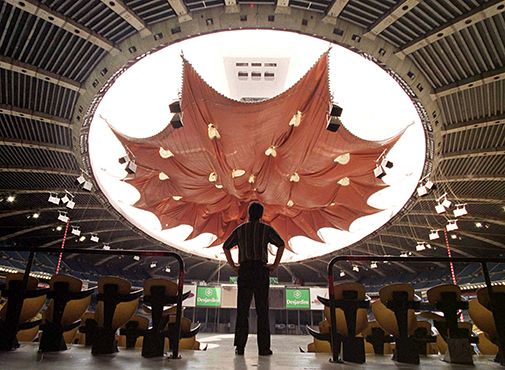 Rising inflation, expensive overtime costs and corruption led to the provincial government taking over the project.

French architect Roger Taillibert, who had built the Parc des Princes in Paris and designed the Village before being removed from the project, said: “The construction of the Olympic Park and stadium showed me a level of organised corruption, theft, mediocrity, sabotage and indifference that I had never witnessed before and have never witnessed since. The system failed completely and every civil engineering firm involved knew they could just open this veritable cash register and serve themselves.”