We are only weeks away from the Republican and Democratic Conventions that will officially nominate the parties’ candidates for president and kick off the general election campaign in the United States. If polling history is any guidance, the months of May, June and July are critical to shape voters’ decision.

It was during those months in 2012 when Barack Obama surged into the lead in the polls that he would never give up again until Election Day, gaining momentum that left his Republican challenger Mitt Romney in the runner-up position once and for all.

As we are in the middle of that time period right now, it is worth looking at the underpinnings of the current 2016 race. And what we are seeing is a clear advantage for presumptive Democratic nominee Hillary Clinton vs. her Republican rival Donald Trump – an advantage that she might never give up throughout the campaign season and lead to her election in November. 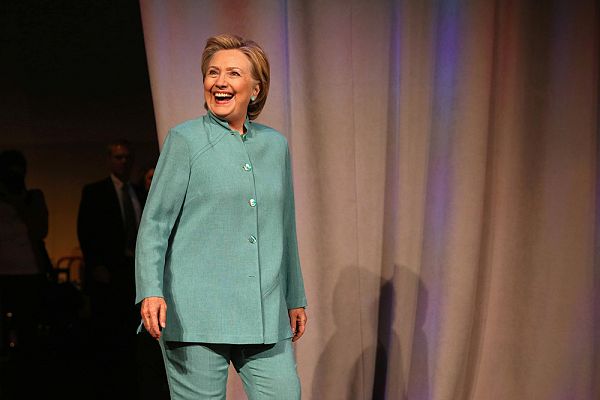 The pro-Clinton super PAC (Political Action Committee) Priorities USA, meanwhile, had its best fundraising month yet, raising more than 12 million dollars (10.9 million euros) during the month of May.

“The organized and well-funded push for Clinton contrasts sharply with the chaos that surrounds the groups supporting Trump,” the Washington Post reports. “At least five super PACs are in the mix, creating confusion among donors unsure where to put their money.” There is little data available from most of the groups, but one of the first groups on the scene, Great America PAC, has raised just 3.5 million dollars (3.2 million euros) since forming in February.

Trump, on the other hand, spent 0 (zero), according to NBC’s Mark Murray. Nonetheless, Trump spent 960,000 dollars (870,000 euros) on hats, pens, T-shirts, mugs and stickers, according to his campaign’s report to the FEC.

In a country as big as the United States, national political campaigns are huge operations – and you cannot wage a campaign with television ads only. As elections are always about the turnout of voters, having enough “foot soldiers” on the ground, operatives who lead the get-out-the-vote effort on a local level, is key.

An election campaign brings out large numbers of volunteers, but they have to be organized almost like in a military-style operation. And here, Clinton’s campaign is much more advanced than Trump’s.

In total, at headquarters and in the states, Clinton has 683 paid staffers, whereas Trump has about only 70, according to filings to the FEC. 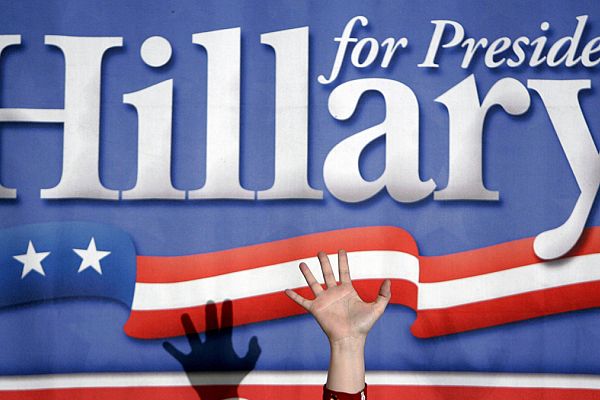 Trump’s campaign is in dire straits. His poll numbers are slipping and are below any candidate’s, Democrat or Republican, in the past three election cycles at this point in the election season.

Two-thirds of Americans see him as biased against groups such as women, minorities or Muslims, and a new high, 64 percent, call Trump unqualified to serve as president.

These and other doubts about Trump have produced a sharp 14-point swing in preferences among registered voters, from +2 points for Trump in mid-May, after he clinched the GOP nomination, to +12 points for Clinton now, 51-39 percent.

In addition, Clinton surged ahead in key battleground states where she made up much lost ground: in Florida by 8 points (47 percent to 39 percent) and in Pennsylvania by one point (42-41). She also now ties him in Ohio (40-40), after trailing by 4 points last month, according to Quinnipiac University poll.

In the three battlegrounds, twice as many voters say Clinton is better prepared to be president than Trump (60 percent to 31 percent). She leads on the question of who is more intelligent (52-33) and who has higher moral standards (47-36).

Another poll, the CBS Battleground Tracker, has Clinton ahead in Florida (up three points 44 percent to 41 percent), Colorado (Clinton 40, Trump 39), Wisconsin (Clinton up 41 to 36) and North Carolina (Clinton 44 and Trump 42).

Clinton also leads Trump in two other national surveys: by 5 points (46-41) in a Wall Street Journal/NBC News poll and by 7 points (47-40) in a Monmouth University poll.

The data bear out that this election is becoming a referendum on Trump: Six in 10 registered voters said stopping Trump from assuming the presidency is important (Monmouth). 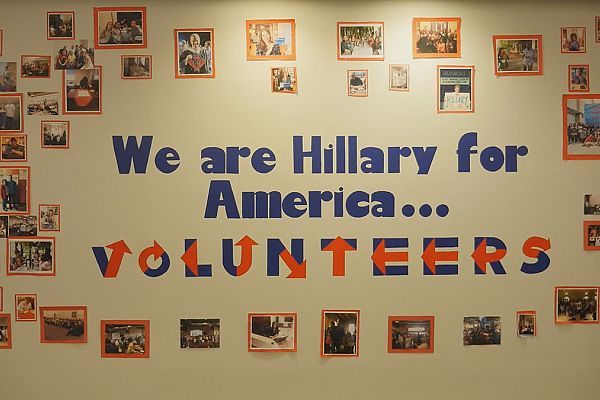 The US electorate this year will be the country’s most racially and ethnically diverse ever, according to the Pew Research Center. Nearly one-in-three eligible voters on Election Day (31 percent) will be Latino, black, Asian or another racial or ethnic minority, up from 29 percent in 2012.

And this is potentially bad news for Trump. Mitt Romney only won 17 percent of non-white voters in 2012, a number Trump might not even be able to match.

88 percent of African American and Hispanic voters view Trump unfavorably, according to an analysis of a Washington Post/ABC poll. (That’s 30 points higher than his 59 percent unfavorable ratings among white voters.) Three in four voters from each group are saying they “strongly dislike” the Republican nominee.

Clinton, in contrast, is almost as popular among minorities as Trump is unpopular. She continues to prevail mightily among nonwhites – by 77-15 percent now, vs. 69-21 percent last month; that includes 90-8 percent among blacks and 69-20 percent among Hispanics.

Among whites, Trump leads Clinton by 50-40 percent, down from 57-33 percent last month. This lead might not be enough for Trump to beat Clinton, if the minority vote goes massively for the former First Lady.

Bear in mind that US presidential elections are not a direct nationwide vote, but the sum of the indirect votes in the 50 states plus the District of Columbia (the capital Washington).

Each state has a certain number of electoral votes based on the size of the population. The candidate who wins the majority in each state gets the entire number of the state’s electoral votes. The magic number to win: 270.

It’s this electoral map itself that heavily favors Clinton. If she wins all the states that have always voted for the Democratic candidate since 1992 (Bill Clinton, Al Gore, John Kerry and Barack Obama), she will have in her bag 242 electoral votes. Add to this number the 29 electoral votes of Florida with its heavy anti-Trump Latino vote, and she will end up with 271.

In other words, she can even lose all the other battleground states from Colorado to Ohio and from Virginia to New Hampshire and still be elected president.