Defending Champions Spain got their Euro 2016 campaign off to a winning start as they edged out the Czech Republic 1-0 in Toulouse.

La Roja took control of the game and dominated their opponents from the outset but still needed to wait until the 87th minute to secure the win thanks to a superb header from Gerard Pique.

Italy prove too strong for Belgium

Antonio Conte’s men soaked up some early pressure before drawing first blood in the 32nd minute thanks to Emanuele Giaccherini.

The 31-year-old midfielder raced onto a perfect long ball from Leonardo Bonucci and coolly fired past Thibaut Courtois.

Southampton striker Graziano Pelle then struck to make sure of the win in injury-time after some great work from Antonio Candreva down the right wing.

Republic of Ireland draw against Sweden

The Republic of Ireland were held to a frustrating 1-1 draw by Sweden in their European Championship opener at the Stade de France.

After a relatively slow start to the game, Robby Keane’s team-mates stepped it up a gear and opened the scoring just after the interval.

Wes Hoolahan’s superb half-volley gave his team a well deserved lead but it wasn’t to be as Sweden equalised with 20 minutes to go before the final whistle through a Ciaran Clark own goal.

Ireland open their #EURO2016 with a 1-1 draw against Sweden. #COYBIGpic.twitter.com/z3Yw664SGN

Austria coach Marcel Koller is determined to make sure his team do not get swept away by a tide of national euphoria ahead of their opening game against Hungary.

Austria are taking part in only their second European Championship finals and it is the first time they have played their way through the qualifiers, having won a place automatically as co-hosts eight years ago.

Meanwhile Hungary Coach Bernd Storck said his side wanted to prove that their first European Championship appearance in 44 years was no fluke.

The Hungarians, World Cup runners-up in 1954 with their golden generation, last featured in the Euros in 1972 when the final stages were a four-team affair.

Hungary are expected to struggle in Group F which also includes Cristiano Ronaldo’s Portugal and Iceland.

Lars Lagerback’s men, who kept six clean sheets in qualifying, will have to remain solid in defense to keep the three-time Ballon d’Or winner at bay.

Ronaldo, who finished the season with 51 goals in 48 games in all competitions, is well and truly back and could prove too strong for his opponents yet again, just a few weeks after helping Real Madrid beat Atletico Madrid in the Champions League final in Milan. 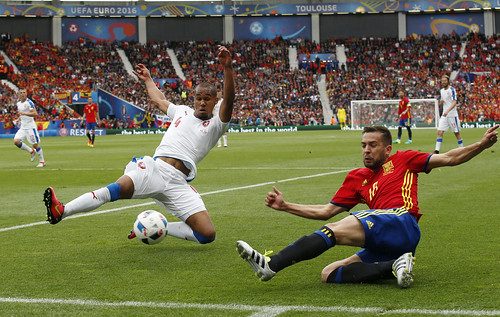