With the US presidential primary season almost over and the nominating conventions of both parties less than two months away, speculation is rising towards whom may be chosen as running mates of Hillary Clinton and Donald Trump.

Both campaigns have discreetly started vetting potential vice-presidential candidates, but nothing has leaked so far. Nonetheless, US commentators are playing the guessing game daily, trying to read the tea leaves as best as they can.

The following is a non-exhaustive list of names most often mentioned by pundits. But remember, in picking VP candidates, presidential campaigns love to create a surprise that keeps them in the conversation for as long as possible – which makes establishing lists of potential hopefuls even more fun! 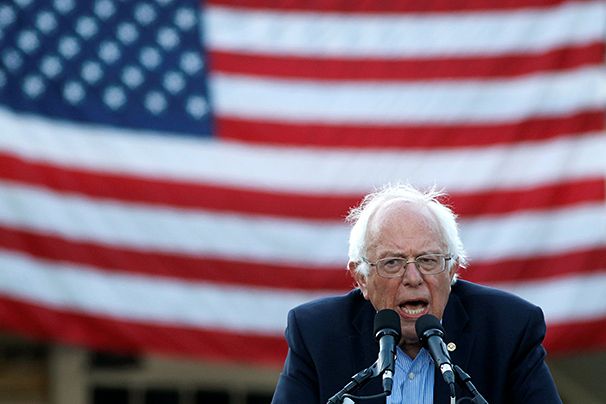 The Socialist senator from Vermont would be a formidable running mate, if Sanders and Clinton could bury the hatchet and overcome the rivalry and vitriol that has been building between the two camps over a long and arduous primary campaign season. So far, such an olive branch by Clinton has been dismissed by many pundits as unrealistic, but it would make a lot of sense politically.

The last thing Clinton needs is to alienate the rowdy Sanders crowd of millennials and college students that have fueled, if not bankrolled the Sanders campaign. If these activist supporters decide to sit out the race, Clinton will come dangerously close to losing to Trump in November. She therefore needs to energise the base, embrace much of Sanders’ agenda (which is close to her’s anyway) and close ranks with the party’s left wing and its 74-year-old standard bearer.

Whether Sanders would be happy with the vice-president slot and ready to lend his unexpected star-power to Clinton, is the million-dollar question. He hasn’t ruled it out. It might be his only way to influence a future Clinton administration’s agenda. His alternative would be to go back to the Senate where past presidential hopefuls have been known to sink into oblivion quickly. Just ask John McCain. 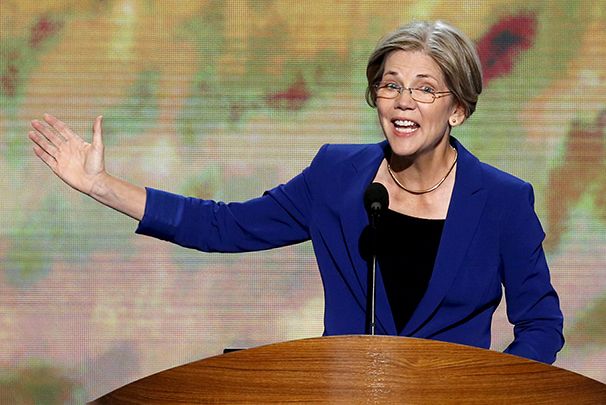 If Sanders as VP were a no-go for whatever reason, the liberal senator from Massachusetts would be the next viable alternative. Warren was the darling of the left wing of the party before Sanders stepped on to the stage, and many Democrats still prefer her to the ex-independent senator from Vermont.

Warren, a former Harvard Law School professor who made her national reputation fighting for financial protections for middle-class families following the financial crisis, would certainly excite the base. But there is always the danger of a candidate being upstaged by a running mate, who was the recipient of widespread pleas to enter the presidential race herself.

For geographical reasons, Warren would probably not add much to the ticket, as Massachusetts and New England vote solidly Democrat. Of course, there is the untested “woman issue”: America may be ready for a first woman president, but is she ready for an all-woman ticket? 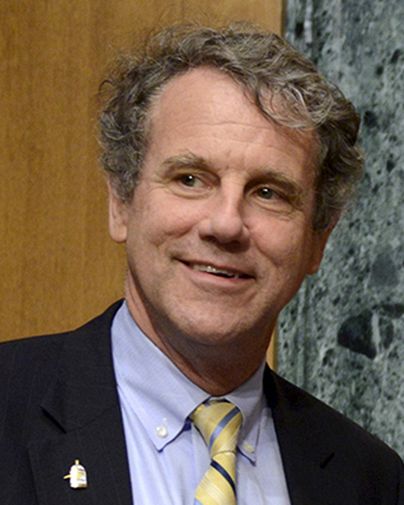 The senator from Ohio, one of the most liberal in the upper chamber, would appeal to many Sanders voters who believe that Clinton is too moderate. His nomination could be a strong signal that Clinton is serious about issues important to working-class families. In addition, Brown could help deliver Ohio, the ultimate swing state, to Clinton.

Brown has strong ties to organised labor and is very popular in his home state. In the past, the 63-year-old has shown that he can be an effective, hard-hitting campaigner who knows how to attack opponents without alienating voters. This could be an invaluable asset in the expected fight against Trump, who has already indicated that all gloves will be off in the general election campaign.

There is the argument that Brown would be just another middle-aged white guy who does not necessarily appeal to minorities or women. But Clinton should have those parts of the electorate well covered, since she runs strong numbers with Blacks and Latinos. What she needs is someone with strong credentials among blue-collar voters who might otherwise vote for Trump. Brown could be that person. 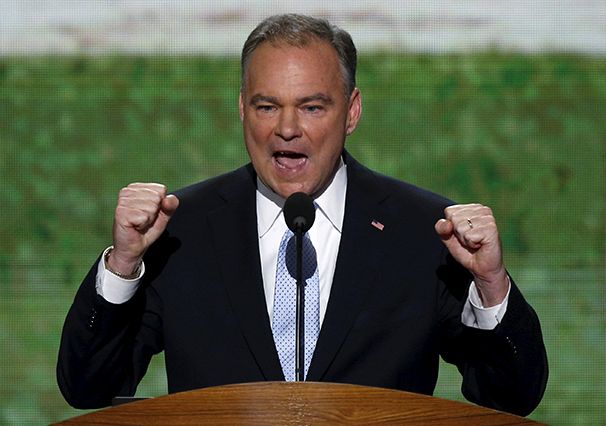 Another critical swing state is Virginia, another must-win state for Clinton. Helping her to be victorious here could be the junior senator from that state, Tim Kaine. He would bring a lot of experience to the ticket. Kaine, a former governor of Virginia and former chairman of the Democratic National Committee, knows the pitfalls of political campaigns and deals. The 58-year-old has a good reputation in the US Senate, where he focuses on national security and foreign policy and is fluent in Spanish, having spent a year working in Honduras with Jesuit priests.

In other words, he is made of “presidential cloth” and could become commander-in-chief at literally a moment’s notice. “There is no more important quality than that”, Clinton said recently in an interview.

On the downside, Kaine is considered a conventional wisdom pick. In addition he is not someone who would inspire and energise the throngs of activist Sanders voters who might feel disappointed that their man lost the nomination. In addition, Kaine’s views on trade and abortion are to the right of many Democrats. 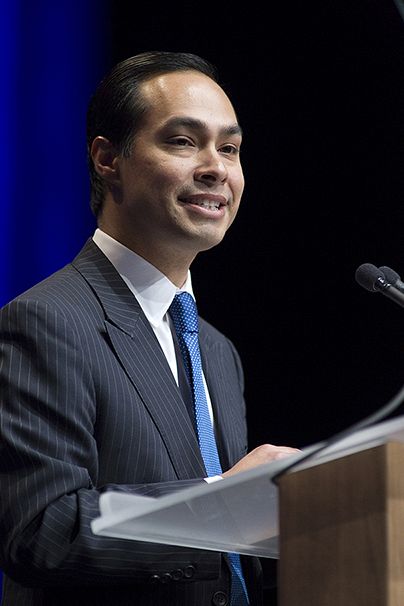 If Clinton wanted a more exciting contender, she would certainly consider Obama’s secretary of Housing and Urban Development. Castro is young, handsome and, best of all, he’s Latino. He might not be able to swing his home state of Texas, traditionally a conservative bastion, but the 41-year-old could help secure Florida, Nevada, Arizona and Colorado, where Latinos make up between 14 and 18 percent of the population.

Castro’s youth could be enticing to millennials, who largely voted for Sanders in the primary. He popped on to the radar of politicos when he delivered a well-received speech at the 2012 Democratic convention that made him “the rising star” in his party. His cabinet post did not do much to make him a household name in America, but Clinton paid attention.

Clinton reportedly said that she would “look really hard at him for anything, because that’s how good he is”. The former mayor of San Antonio himself denied any interest in the vice-president slot, but that can be considered a standard remark of all potential candidates. 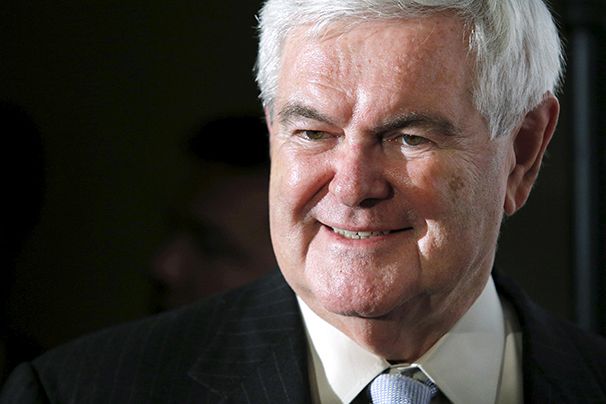 The former House Speaker and long-time Bill Clinton nemesis from Georgia is one of the favorites of Washington’s political bookmakers. Gingrich, who served in the House of Representatives for 21 years and spearheaded the “Republican Revolution” of 1994, would bring necessary conservative credentials to a candidate whose social views are often sometimes liberal.

Gingrich would do much to assuage the nerves of the party establishment. He would shore up support in the South, where increasing percentages of African-American and Latino voters are putting some traditionally Republican states (including North Carolina and Georgia) into the swing column.

Having lost the 2012 nomination to Mitt Romney, Gingrich is eager to play a political role and has emerged as one of the earliest Trump supporters. Trump is reportedly considering the72-year old despite Gingrich’s bombastic ego. The question is, though, whether the ticket is big enough for both of them. 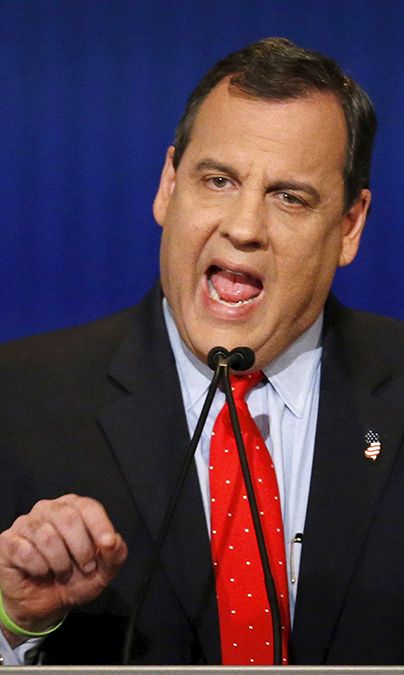 The governor of New Jersey and former rival for the Republican nomination has morphed into a staunch Trump surrogate. Trump even tapped him as chairman of his transition team. “I think Chris Christie is fantastic,” Trump said about the man who once scoffed that “we do not need reality TV in the Oval Office”.

Trump once also said that Christie would make a “great” attorney general. Nevertheless, Christie’s name is hot when it comes to the VP pick. Personality-wise, Christie and Trump seem to be an obvious match. And Trump has said before that he would want a politician who can help him govern at his side.

Politically, Christie would not add much to the ticket, he might even be considered a liability. The term-limited governor has become very unpopular in his home state after political scandals and a meager economic performance there. Plus, New Jersey will vote Democrat anyway. But chances are that Trump doesn’t care. 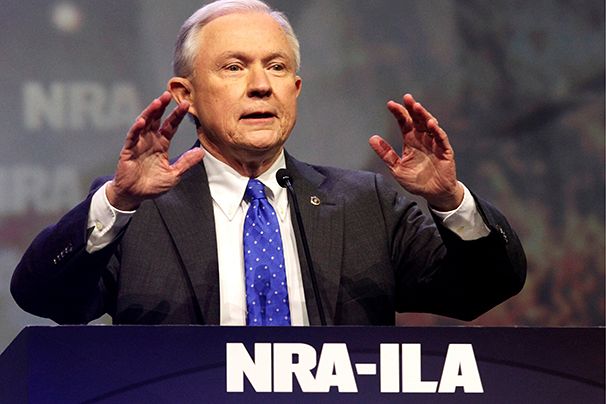 The 69-year-old Alabama senator was one of the first Republican members of Congress to throw his support behind Trump. He is considered as one of the most conservative Republicans in the Senate. Sessions not only has the political background to be a suitable vice-president, but he also appears to like ‘The Donald’.

When Trump was asked about Sessions’ potential as a running mate, Trump said that he thought he would make a “good anything”, according to CNBC, which suggests he was being held in pretty high regard by Trump. But Sessions said in April “don’t bet any money” on him landing the job.

It would be a good pick. The Tea Party darling is considered a trusted voice on the right on immigration – but Sessions scuttled far away from the idea in an interview, saying that Trump needed a running mate to help him win the election, and that person “sure won’t be me”. 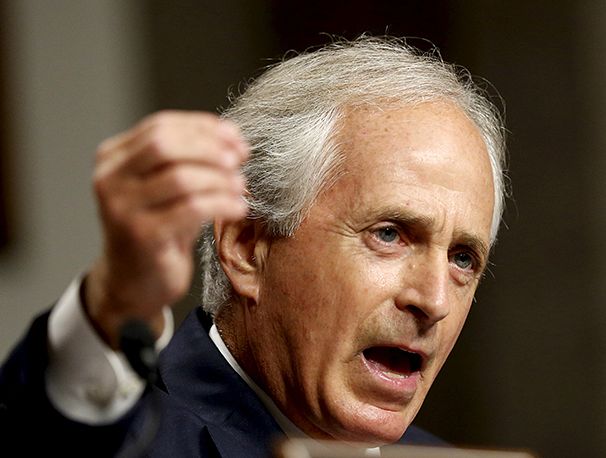 The senator from Tennessee would bring much-needed gravitas and legislative experience to the Trump ticket. Corker is chairman of the Senate Foreign Relations Committee and would be an invaluable asset to Trump, whose foreign policy statements have yet failed to inspire Washington’s expert community, to put it mildly.

Corker is one of the few members of the Republican establishment to have voiced support for ‘The Donald’. The 63-year-old is a Washington insider and a real-estate millionaire and would likely mesh well with Trump.

The candidate met Corker on May 23 at Trump Tower, intensifying speculation that the senator may be on Trump’s short list, indeed. However, Corker moved to cool any excitement. “I have no reason whatsoever to believe I am being considered for a position like that,” Corker told reporters after the meeting. 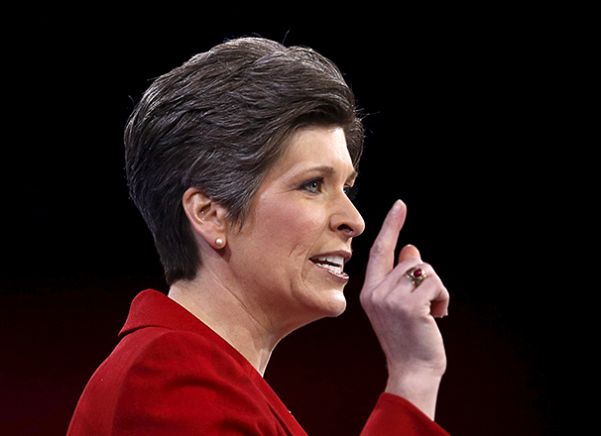 The senator form Iowa and first female combat veteran to serve in the Senate is a bit of a long shot, although she has some high-profile support from party elders, such as fellow senator John McCain, who called her a “tremendous choice”. But then, McCain’s own woman pick when he ran in 2008, Sarah Palin, does not necessarily make him an authority on the issue.

Nevertheless, Ernst could be a smart choice for two reasons: she could cover Trump’s vastly open “women flank” and potentially mend fences with this large part of the electorate. Right now, Trump trails Hillary Clinton badly among women. A strong conservative woman at his side could definitely help the candidate – and there are not that many in the Republican Party.

Ernst could also be a good choice for geographic reasons. Very popular in Iowa, she could help Trump deliver this small but important swing state that has voted for Barack Obama twice. She told Politico Magazine that she was “focusing on Iowa right now” but did not take herself out of the VP sweepstakes.