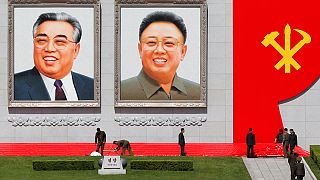 North Korea on Friday opened the first full congress of its ruling party since 1980 with leader Kim Jong Un speaking behind closed doors to thousands of cheering delegates.

In his speech – aired on State TV – he laid out accomplishments since he took power in 2011 – including what he said was North Korea’s first hydrogen bomb test in January.

The congress is a major political milestone for the North Korean leader, who was not yet born when the previous congress was held 36 years ago.