The do’s and dont’s of political survival were set out by Jack Straw, former UK Foreign Secretary at the Eurasian Media Forum in Kazakhstan.

During his appearance at the annual gathering of politicians and journalists in the country’s capital Astana, the ex-minister talked about his own career, spanning decades, and also drew lessons from modern history to illustrate his main point: that political success relies not just on talent but also luck.

In what seemed like a common sense- rather than secret-filled address Jack Straw talked about resilience and a strong work ethic necessary for political survival. He also pointed out that the longer a leader remains in power, the more likely he or she will outlive their ‘shelf life’, antagonizing the electorate or their own colleagues. “The dreams of the voters can never be fulfilled,” said Straw. 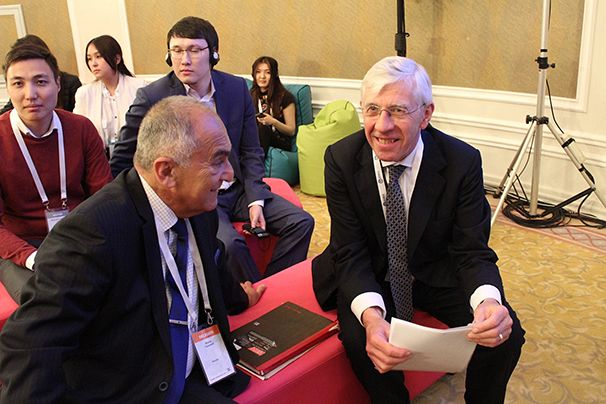 Jack Straw preparing to speak about the art of political survival

He also offered an interesting perspective on politicians’ relations with the media: he suggests they need to be good but not too close. “If you are in bed with the media, the media will kill you when you are sleeping,” he remarked.

Apart from the British ex-minister a host of prominent participants turned up in Astana for the media event: from high-profile politicians like Hamid Karzai, Afghanistan’s 12th president to experienced journalists and media managers like Todd Baer, Bloomberg TV’s executive producer and Mikhail Gusman, the deputy director of Russian news agency TASS.

Straw suggested that the country’s unique geopolitical perspective, created an opportunity to consider perspectives from east and west:

“Kazakhstan is all too conscious of the tensions between Russia and China, between China and India, two of Kazakhstan’s neighbours who are getting on for half of the world’s population. It is a very important perspective and one that we want to borrow from,” – said Straw.

The forum officially opened on Thursday with a formal greeting from the President of Kazakhstan Nursultan Nazarbayev who wished the participants fruitful two days of work and stressed the complexity of the world today and “unprecedented challenges to humanity”. 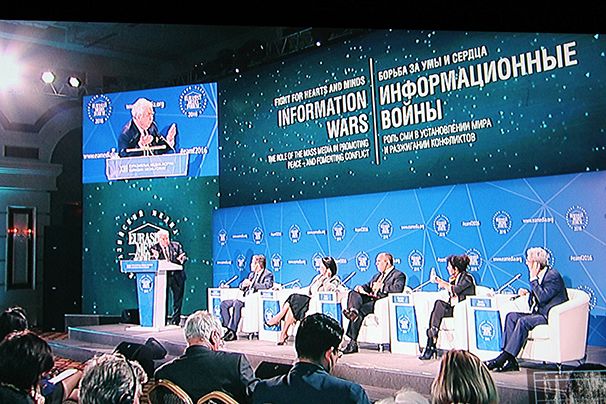 “What the new world will be, what our common future will be, depends on each one of us, – said Mr Nazarbayev in his address, – by our consolidated effort, we can make this century an era of the triumph of reason and globally constructive dialogue.”

The discussions diverged into several panels, each taking up an important topic from low oil prices to media wars.

One discussion centred on the future of the world economy and which factors are likely to guarantee success. Work force deficit versus shortage of raw materials and is a sanction-free Iran likely to elbow its way into an already overcrowded ring of heavy-weights like China and USA?

The panel comprising of Afghanistan’s ex-president Hamid Karzai, Jack Straw and the head of the “Astana” financial centre Kayrat Kelimbetov agreed that lack of trust between world’s powers prevents them from solving problems jointly.

“I would advise Obama, and also Chinese, Indian and Russian leaders to articulate their positions more clearly to the rest of the world,” Karzai, noted 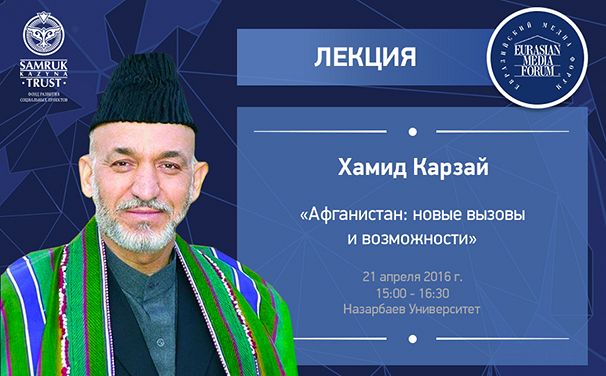 Mr Kelimbetov pointed out that oil prices collapse is a worrying development for the whole world because it can create uncertainty and insecurity.

In another panel experts talked about the Middle East. Just how dangerous is the hostility between Iran and Saudi Arabia given the already existing animosity between Israel and many Arab countries? What ways out of the Syrian conflict can be realistically considered?

Media influence and current affairs coverage was discussed at another panel. Globalisation versus the struggle for “hearts and minds”: how and why a radical idea can draw in a disillusioned and impoverished individual and not just one but tens of thousands? In this context the role of the media is no longer limited to reporting the news but becomes a vital ideological factor.

The Eurasian Media Forum has grown over the years: in the number of participants and the scope of their views and fields of endeavour but also in its ambition to contribute to similar discussions held in the world on overcoming pressing challenges and finding consensus and compromise. At its 13th gathering the event is attended by over 400 participants from dozens of countries.