Here we detail some of the ways EU states are being less-than-clear over what their MPs earn, something we uncovered during our investigation into parliamentarians’ salaries and expenses.

The vast majority of EU countries quote the wage figures of their MPs per month.

While this is standard practice in some industries, cynics would suggest it is done to make the salaries seem lower than they actually are.

It may also lead you to think that salaries are quoted in this manner because MPs are only paid for a part of the year.

But this would be incorrect: all EU countries we contacted paid their MPs over 12 months, sometimes longer.

The Portuguese parliament is one of those that publishes their MPs’ salary as a monthly sum.

At first glance, the casual viewer might think a Portuguese MP only earns 3,426 euros a year (the monthly wage). But over a year it works out to around 41,000 euros.

Yet, it’s even more than that. When we checked with the Portuguese parliament they revealed the salary is paid 14 times, with ‘extraordinary salaries’ being paid in June and November.

Austria is another EU country that pays its MPs 14 monthly salaries. However, this is also not mentioned on the official parliamentary website. 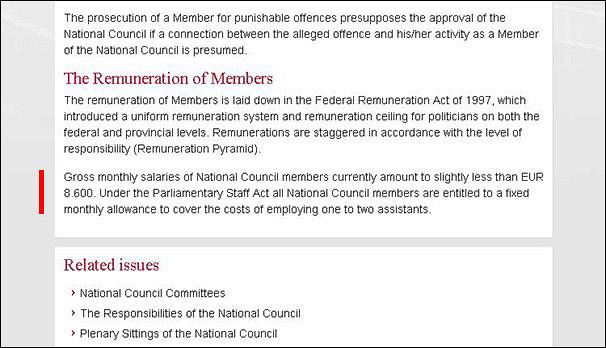 It’s sometimes the case that MPs are paid a relatively low basic salary and are compensated with generous expenses.

This means a simple query of MPs’ salaries would not reflect the true picture of their income.

Spanish MPs, for example, are 33,768 over a year, relatively low compared with their European counterparts.

However MPs from outside of Madrid receive a tax-free lump sum of 21,886 euros, potentially boosting their annual income to 55,654 euros.

Bulgaria’s parliament did not answer our questions on how much its MPs earn, despite repeated attempts over six months.

Unable to get the data from official sources, we instead relied on Bulgarian press reports.

We did get one reply from the Bulgarian parliament, but it was merely a link to rules governing MPs, rather than actual figures of how much they are paid.

Dimitar Bechev, a visiting scholar at Harvard University’s Centre for European Studies, told Euronews: “It is unacceptable — parliaments should be accountable and transparent.

“I think it is a combination of a lack of professionalism and poor standards plus general reluctance to share information with the public.

“Bulgaria has a problem. Mass civic protests in 2013-4 were, essentially, are call for transparency in the way power is exercised. As are the current calls for reforming the judiciary— esp the Prosecutor General’s office which has broad-ranging powers but is unaccountable and suffers from a transparency deficit.

“Reasons have to do with authoritarian legacy, halfway reforms, weak civil society, and the overall culture of using the captive state to further private interests.”

Some countries, such as Portugal, seek to cover MPs expenses by paying them a sum of money for each day they turn up and attend parliament.

This can be a way of making sure MPs don’t sit at home while picking up expenses, although it’s not foolproof, as one controversy at the European Parliament showed.

But it can also mask the true amount an MP is given for expenses.

Portuguese MPs from outside Lisbon are given 69 euros a day to cover expenses, which on the face of it, looks nothing.

But if we assume a four-day parliamentary week and a 44-week year, that works out at more than 12,000 euros.

The majority of EU countries quote the salaries of their MPs before tax. That way you can sensibly and effectively make comparisons with other states, without having to worry about taking differing tax regimes into account.

Croatia is, however, different. It quoted its MPs’ salaries net of tax to us. 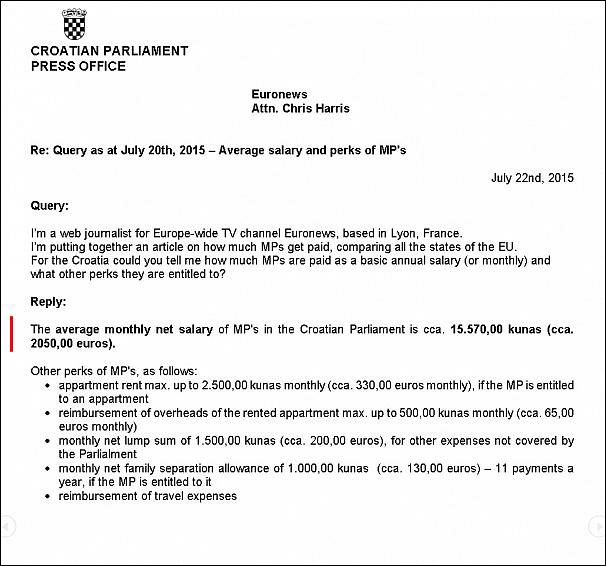 Italy, meanwhile, highlights the net figure by emboldening it, before, underneath revealing the gross sum. 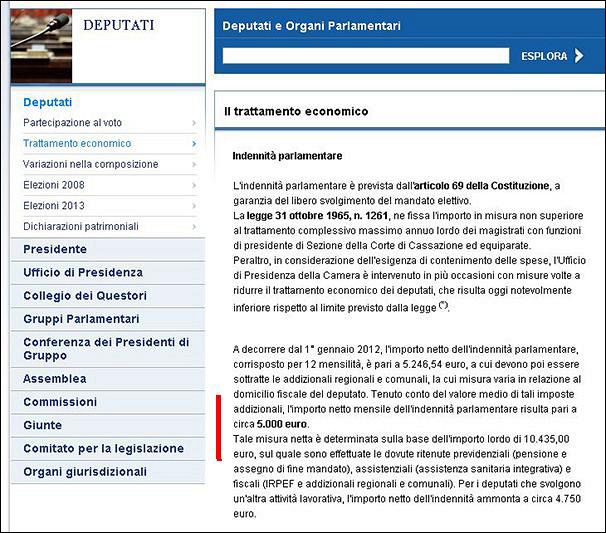 This could mean a casual viewer assuming an MPs’ salary in Croatia and Italy is less than it actually is.