A Polish amateur photographer has smuggled out a series of images of North Korea which show the elaborate charade that Kim Jong-Un’s regime presents to tourists.

Michał Huniewicz defeated the country’s censors by modifying his camera to conceal, rather than delete pictures. He also managed to recover pictures taken by fellow tourist Ammar Hassan Mohammed Jawad Hassan that North Korean officials had tried to delete. 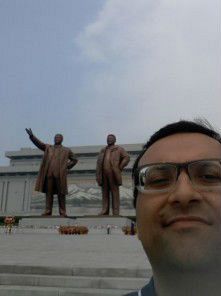 Huniewicz was on an official, accompanied tour of North Korea, the only way tourists can visit. The state scrutiny was such that he says his guides/chaperones even told him when to wake up and when to go to bed.

His images capture unfinished roads and empty stalls that clash with the image the country strives to present of a propsering superpower that can afford to invest heavily in a nuclear weapons programme. 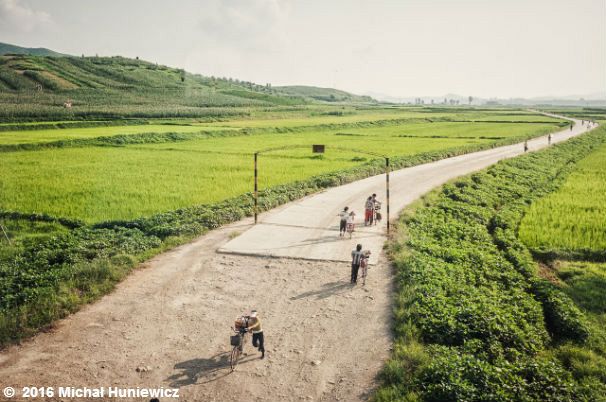 At one point, the guide told the passengers on a bus trip: “Now we will be going through a military zone, and photography is not allowed, so you will all go to sleep.” 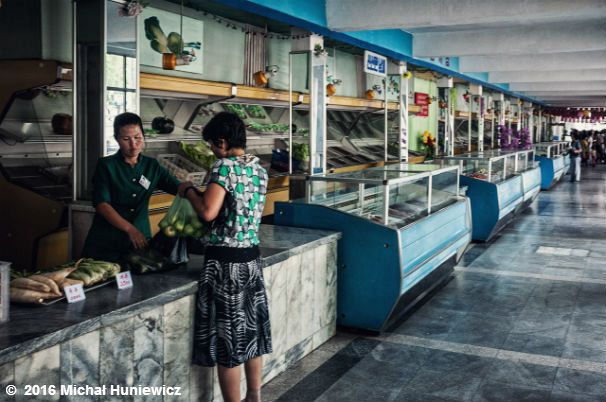 “To me, North Korea was actually worse than what they show on TV,” Huniewicz told Euronews. “Sure, we saw no violence, no homeless people, no deaths, no concentration camps. But seeing that grey nation of impoverished people, those scared, sad faces, avoiding eye contact, any contact with us, like we were lepers, was deeply disturbing.

“What we were shown was a spectacle, but we were also the actors, performing for ordinary North Koreans, as apparently we are meant to be seen as foreigners coming to visit and admire what is the best place on earth to live.” 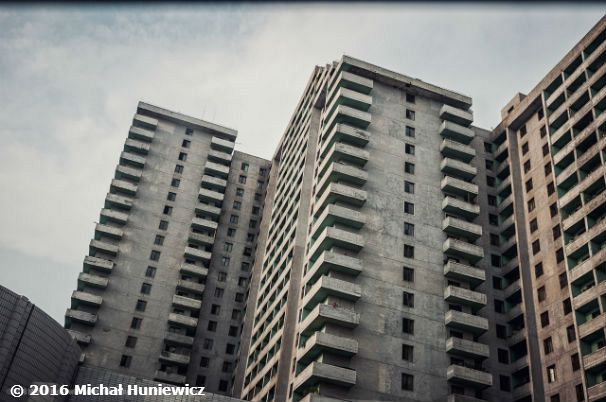 Some of the details recounted by Huniewicz become more inquieting following the case of Otto Warmbier, detained in Pyongyang for two months now after being accused of trying to unpick the state’s image.

Warmbier was accused of trying to steal a propaganda poster from a floor on his hotel reserved for staff and local visitors. Huniewicz also recalls being warned not to visit the fifth floor of the building where he was staying, and that the lift had no button to go there.

One of his photos shows a bizarre scene at the capital’s train station where immaculately-clad North Koreans appear to rush about their business as the foreigners’ carriage pulls in. However there was only one train arriving that day. 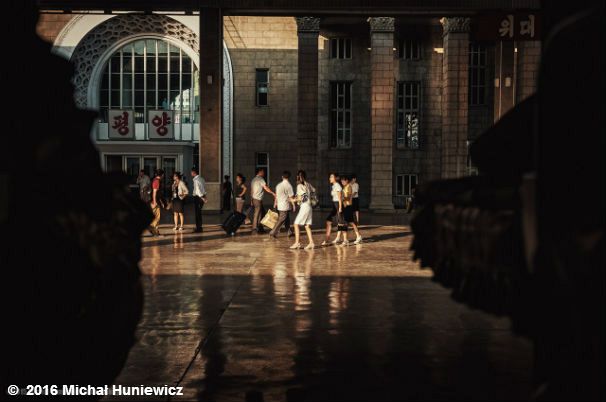 See more of his images (Road to North Korea and Ostensibly ordinary: Pyongyang) by Michał Huniewicz on his blog, his Facebook page or his Twitter