On a 255 square kilometre sliver of land in the southeastern Aegean Sea, about 10 hours by boat from Athens, residents appear to defy death.

For a little while longer than the rest of the world at least.

Welcome to Ikaria, sometimes referred to in Greek as “longevity heaven” or “the island, where people forget to die”.

Ikarians outlive Europeans, Americans and basically most people on this planet and they have the scientific data to prove it. According to a study conducted by the University of Athens Medical School and published on the “Cardiology Research and Study” journal, Ikarians on average live to be 90. Ikarian men are almost 4 times as likely as American men to reach 90 years of age.

It does look promising, but the real question is how do they do it? Here are some explanations: 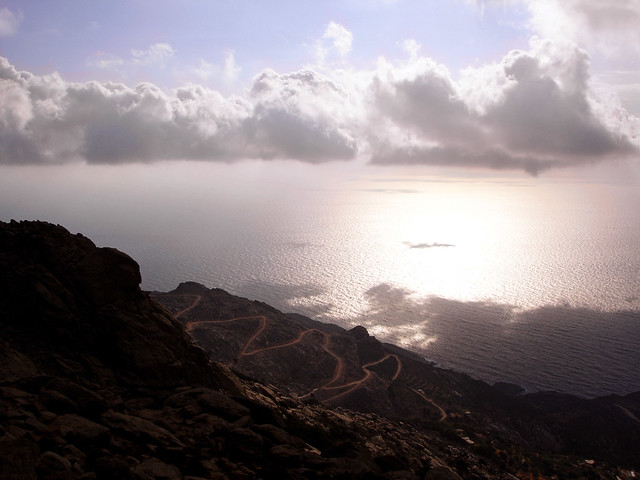 No, there’s no gym in Ikaria as such. Ikarians exercise outdoors. Agriculture is their main activity and as part of their routine they often had to trek across dirt roads to their fields. So movement is an integral part of their daily lives.

Plus, the term “walking distance” is perceived quite differently by Ikarians than by many “big city” Westerners.

University of Athens Medical School has found that the moderate physical activity elderly (older than 80 years old) Ikarians take reduces the risk from cardiovascular diseases by 54%.

Furthermore, it correlates with fewer instances of type 2 diabetes and higher HDL cholesterol levels (the so called “good” cholesterol). This activity also seems to have virtually eliminated dementia and old age depression rates, preventing the elderly community from becoming isolated of helpless.

2. They also take it easy 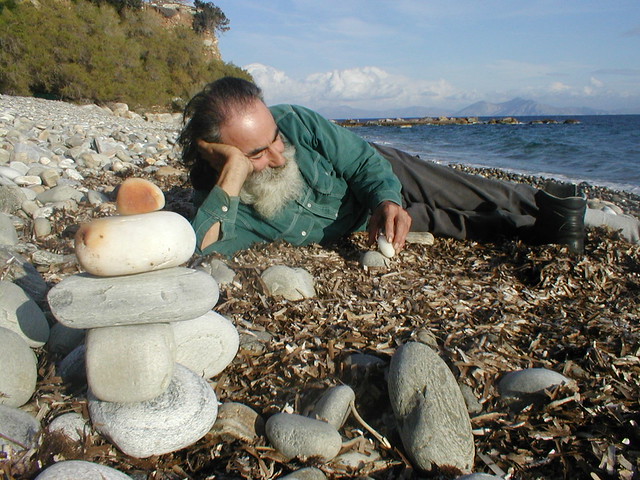 Relaxed lifestyle lies at the core of the Ikarian way of life. The people do work a lot, but anxiety has never been an issue for them. They stay up late, they sleep late in the morning, and also indulge themselves in afternoon naps, which have been found to protect against heart diseases (telegraph.co.uk). Moreover, wearing a watch in Ikaria is deemed as inappropriate as wearing a tuxedo to go for a swim.

Neighbours exchange visits all the time to share their local wine, until their body clock tells them that it’s bed time.

As said, cultivating the land is Ikarians’ main activity, so they know its secret. They produce and consume their own products.

A family garden is a “sine qua non” in every Ikarian house and their table is always full of local vegetables, legumes, potatoes and lots of fruits.

Talking about house gardens and home grown products, Ikaria is globally famous for its native herbs.

Take your pick: marjoram will ease your stomach; dandelion is known for its liver-cleansing benefits, while it curbs blood pressure as a perfect natural diuretic; sage contributes in keeping blood sugar levels low; mint is considered one of the best antioxidants, while it improves digestion and helps against allergies and colds; rosemary stimulates the immune system and improves circulation.

This long list can really go on, but its point has already been conveyed.

5. Keep your friends close and your wine closer.

Socializing is another way of life in Ikaria, but it goes better with a sip (or sips) of wine. Getting together with your friends over wine is a daily habit in Ikaria.

Ikarians are not heavy drinkers, but also not too moderate; they place themselves somewhere in between. This way they hit two birds with one stone: they combine their relaxed lifestyle with enjoying another locally produced product, that is known for its antioxidant effect and contribution to lowering blood pressure.

Ikarians are a genuine role model, when it comes to their nutritional habits. For starters, they abstain from overeating.

Some of the basic ingredients of their meals have already been mentioned, but they have taken Mediterranean diet to a whole other level. So, in a nutshell, a lot of greens, olive oil, tomatoes, vegetables, all unprocessed, as they come from their own fields.

Their main source of protein is fish, which, according to the Ikaria study, preserves kidney function.

On the other hand, they don’t eat a lot of meat. One Ikarian family would normally slaughter one animal per year and ration its meat in portions over several months. When it comes to dairy products, they prefer milk from their own goats.

To top that all, Ikarians record a very low sugar and white flour intake. They are especially proud of their whole-grain sourdough bread and they have every right to, because it has a low glycemic index, thus contributing to very low levels of type 2 diabetes. 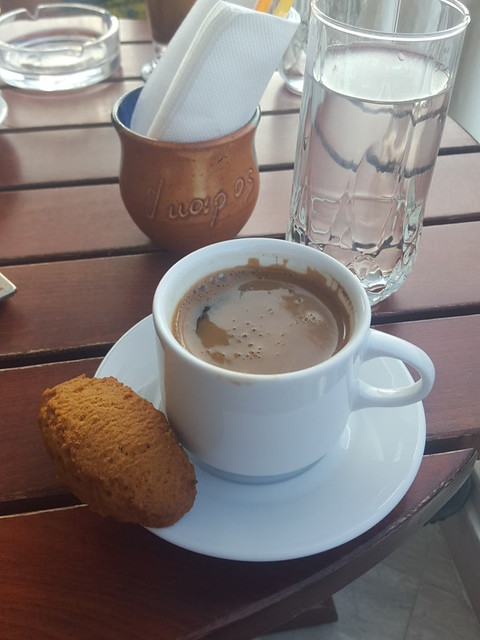 A typical breakfast in Athens or Thessaloniki would be instant coffee and cigarettes. This is not the case in Ikaria. Ikarians are die-hard fans of the good old Greek type coffee, mainly for three reasons.

Firstly, it resembles the Ikarians, by taking its time. Secondly, it is an indulgence closely linked with taking it easy. Thirdly, and certainly not least, another chapter of the Ikaria study found that consumption of Greek coffee can improve the endothelial function, contributing to a healthier heart.

The same study found that one of Ikaria’s longevity factor is quitting smoking. The 82% of elderly Ikarian men are ex-smokers. This needs no further explanation.

Honey is a precious good in Ikaria. There are even types of honey that cannot be found anywhere else in the world; it helps from treating wounds to curing hangovers. The typical Ikarian would start his or her day with a spoonful of honey, either swallowed like medicine or spread over whole-grain bread.

Combine healing and holidays in Ikaria!The most radioactive thermal springs are here….. pic.twitter.com/AMXo9IcLsL

Ikaria has been long famous for its thermal springs in its south- and northeastern parts. Water temperature there varies between 31 and 58 degrees Celsius, a fact that has been known since the 1st century B.C. and has been allocated to high radon rates. Some locals credit their longevity to this.

If there’s one thing Ikaria is known for besides the longevity of its inhabitants, it is its festivals.

Some would claim that they are only summer events, organized to draw tourists to the island. This is not in fact the case. Ikaria has over 80 festivals almost all year long, January to November.

Locals tend to participate vigorously, gripping on another chance to celebrate life.

Last but in no way least, Ikarians between 65 and 99 years old participated in the Ikaria study by filling the special sex activity questionnaire. The results were remarkable: Some 60% stated at least “moderate confidence” while enjoying sexual intercourse.

Moreover, a preliminary study of Ikarian men between 65 and 100 years old found that 80% of them claimed to have sexual relations on a regular basis; about 25% of them reported “good duration” and “achievement”.

Combine that with the fact that they are living in an almost paradise island (check embedded video above for details) and you will get the motivation they need to live long and quality lives.